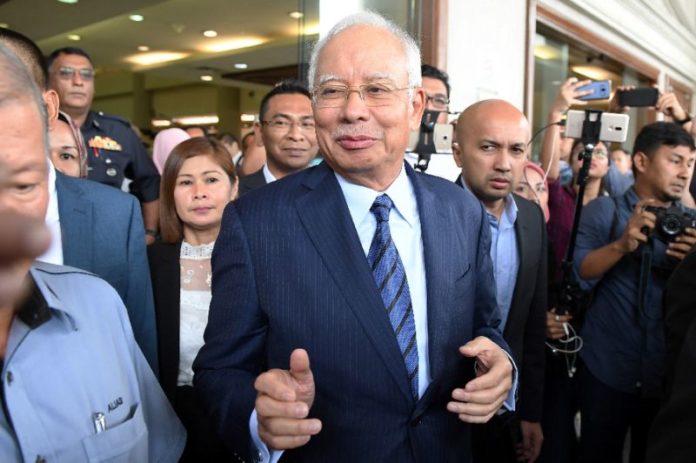 A former policeman sentenced to hang in Malaysia for the murder of a young woman in a scandal linked to the country’s ex-prime minister, has lost a bid for asylum in Australia.

Sirul Azhar Umar, who has been in Australian custody since fleeing Malaysia in 2015, has maintained that he was ordered by “important people” to murder Mongolian woman Altantuya Shaariibuu.

Canberra’s policy is not to extradite people to countries where they may face the death penalty. Sirul could face deportation however if Malaysia goes ahead with abolishing the punishment, as it has promised to do.

Altantuya, 28 at the time, was killed and her body blown up with military-grade explosives in 2006.

Her death is said to be part of a scandal involving claims an associate of Malaysia’s ousted prime minister Najib Razak arranged huge kickbacks for the purchase of French submarines in 2002.

Allegations have long circulated that Najib — then deputy premier — and his wife Rosmah Mansor were involved in the killing. Both have denied the claims.

Sirul, who has previously offered to tell all in exchange for a full pardon from Malaysia, has tried to claim asylum in Australia on the grounds that his crime was political.

His claim had been denied, and on Monday the Administrative Appeals Tribunal rejected his appeal in Sydney.

“There are serious reasons for considering that the applicant committed in Malaysia a serious non-political crime before entering Australia,” the tribunal said in a report issued on its findings.

Political heavyweight Anwar Ibrahim, who was imprisoned under Najib until the prime minister’s shock defeat in May elections, has slammed Canberra’s “tainted” policy towards the former government, calling for Sirul to be sent home.