FM calls for repatriation of Rohingyas 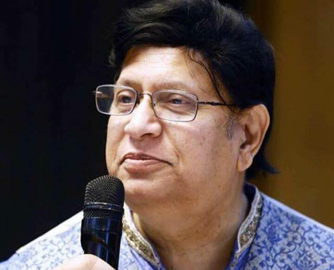 Foreign Minister Dr AK Abdul Momen today called for collective action to ensure accountability and justice to Rohingyas and their immediate repatriation to their homeland in the Rakhine state of Myanmar.

He was referring to the OIC’s decision to pursue the legal path to justice through the International Court of Justice (ICJ) as was decided in the Banjul meeting of the OIC Ministerial Committee early last month, said a foreign ministry press release here tonight.

At the 46th session of the OIC Council of Foreign Ministers (CFM) in Abu Dhabi, the foreign minister also called for a stronger resolve from the OIC to fight terror and violent extremism in all their manifestations.

Dr Momen conveyed the consistent efforts of the government of Prime Minister Sheikh Hasina to fight terror with both hard and soft measures.

Bangladesh chaired the 45th CFM, held in Dhaka in 2018, and for the last one year led the various OIC processes.

The foreign minister opened the conference today at the Emirates Palace in Abu Dhabi and handed over the CFM Chair to the UAE Foreign Minister Sheikh Abdullah bin Zayed Al Nahyan.

The theme chosen for this year’s Council is ’50 years of Islamic cooperation: Road map for prosperity and development’ and it continues in a seamless thematic from the Bangladesh CFM’s theme of “Islamic Values for Sustainable Peace, Solidarity and Development”.

Highlighting the intricate inter-linkages amongst challenges of economy, ecology and security, the foreign minister noted that Bangladesh is striving hard to energise the OIC in a spirit of cooperation, particularly for peace building and conflict mitigation, implementation of the OIC 2025 Programme of Action (POA), connectivity, regional economic integration, SDGs, STI and humanitarian priorities.

All countries, including the new Chair – United Arab Emirates – lauded Bangladesh’s leadership role in the OIC.

OIC Secretary General Dr Yousef Otthaimen thanked Bangladesh and the government of Prime Minister Sheikh Hasina for its pioneering work in the field of sustainable development and countering terrorism and violent extremism.

Sushma Swaraj, in her speech, referred to Bangladesh as a primary pillar of India’s strategic partnership with not only the Muslim world but also for various other processes in economy and security for the prosperity and stability of the region.

In the afternoon, the foreign minister had a bilateral meeting with Sushma Swaraj at a hotel and discussed issues of bilateral interest – which included, amongst others, trade, finance and connectivity.

The two sides discussed various regional issues and reaffirmed their resolve to address strategic issues together.

The foreign minister also met his counterparts from the Maldives, Indonesia, the Gambia, Malaysia and several other key ministers on the sidelines of the CFM and discussed issues related to cooperation in Blue Economy, production, finance and trade.