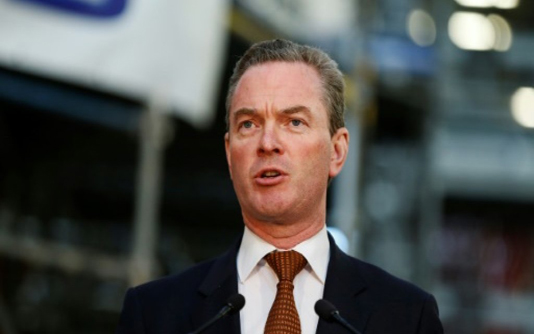 Australia’s defence minister and his deputy both announced they were quitting politics on Saturday, bringing to
five the number of cabinet members retiring as Prime Minister Scott Morrison heads into a fraught election.

Defence Minister Christopher Pyne, the most moderate remaining member of
Morrison’s conservative coalition government, said he was stepping down at
the next election, due by mid-May, to begin a business career.

The junior defence minister, Steven Ciobo, announced separately that he
would also not contest the May election and would give up his portfolio
immediately so Morrison could name a replacement.

Pyne, who was also responsible for managing government business in
parliament, batted aside suggestions the string of recent ministerial
retirements was motivated by the prospect of their Liberal party losing the
upcoming election to the opposition Labor, as widely predicted by opinion
polls.

“Being in politics is not a life sentence, and I’ve been there for 26
years and I didn’t want to run again,” Pyne told reporters in announcing his
decision, adding, “I believe we will win the election in May… I think the
Morrison government will replace itself.”

Morrison moved quickly to fill the new cabinet gap, announcing that
Liberal Senator Linda Reynolds, a former army brigadier, would replace Ciobo
immediately as minister for defence industries, and would replace Pyne as
defence minister if the Liberals win re-election.

Pyne and Ciobo were the fourth and fifth cabinet members in Morrison’s
six-month-old government to announce they would quit politics at the May
election.

Several backbench Liberal MPs, including the most senior women in the
party, have also announced they won’t contest the next election, or will do
so as independents.

A senior Labor Party official, Penny Wong, said the latest departures
illustrated a “stampede for the exits” from the embattled Morrison coalition.

“What will the Morrison government be remembered for? A stampede for the
exit and jobs for their mates,” she said following the announcements by Pyne
and Ciobo. Morrison came to power after hardline conservatives in the Liberal
party ousted centrist prime minister Malcolm Turnbull last August.

Morrison has since led the party hard to the right.

It now faces a tough battle to win re-election and the prospect of
spending time on the opposition benches appears to have hastened the
departure of several MPs.

Those included former foreign minister Julie Bishop, the most prominent
woman in the Liberals and the party’s deputy leader under Turnbull.

Current polls show the Liberals, who have been in power since 2013, heading for their worst electoral defeat since 1983 and Australia getting a seventh change of prime minister in 10 years.