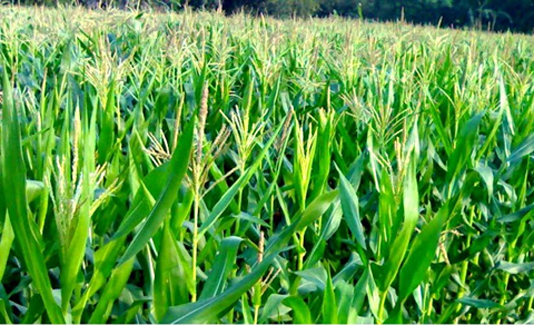 An all-time record production of maize is likely in Rangpur agriculture region where the farmers exceeded its fixed
farming target by 11.12 percent during this Rabi season.

Officials of the Department of Agriculture Extension (DAE) said the farmers are showing huge interest in expanding maize cultivation after getting repeated bumper production with excellent price in recent years.

The DAE had fixed a target of producing 7.58-lakh tonnes of maize from
83,192 hectares of land in Rangpur, Gaibandha, Kurigram, Nilphamari and
Lalmonirhat districts of Rangpur agriculture region this season.

“However, the farmers have finally cultivated maize on 92,445 hectares of
land, higher by 9,253 hectares or 11.12 percent higher than the fixed farming
target of the cereal crop having huge demand in local market,” Islam said.

Like the farmers in the mainland, the char people are also expanding maize
farming on the sandy char lands in riverine areas after getting repeated
bumper output with excellent profits in recent years changing their fortune.

“The char people have cultivated maize on about 30,000 hectares of land on
the char lands of the region where its tender plants are growing superbly
amid favourable climatic conditions now predicting bumper output,” Islam
added.

Deputy Director of the DAE at its regional office Md. Moniruzzaman said the
government has put emphasis on expanding cultivation of the lees irrigation
water consuming crops like maize that helps the poor to cut poverty.

“The DAE provided seed, fertilisers and technical assistance to 1,650 small
and marginal farmers of Rangpur region for expanding cultivation of maize on
two bigha of lands each to further boosting its production this season,” he
said.

“Expanded cultivation of the low-irrigation water consuming crops, like
maize, adopting conservation agriculture technologies, such as strip tillage,
can save ground water, ensure food security and improve environment amid
changing climate,” he said.

He suggested the farmers for expanding cultivation of high yielding
varieties of maize on both mainland and char areas to earn more profits for
becoming self-reliant by cutting poverty. “Maize contains huge Vitamin-A that
meets nutrition and its multi- dimensional use including production and
consumption of corn oil with no cholesterol from maize can help the heart
patients in many ways,” Dr Mazid said.

Citing recognised international scientific research findings and analyses,
he said maize is highly beneficial to human health if consumed the flour
prepared through crushing 70 percent wheat and 30 percent maize together.

“Proper and diversified use of potato with maize and some other crops can help reducing high pressure on rice side by side with ensuring nutritional demand and sustainable food security,” Dr. Mazid furthered.