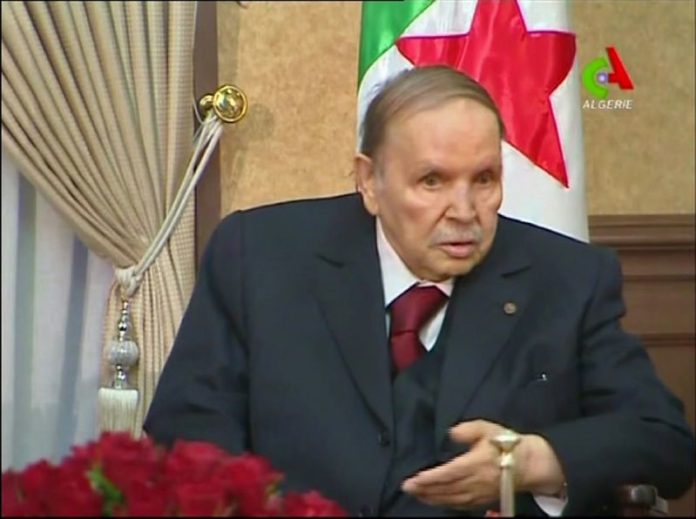 The move would potentially clear the way for elections to be organised in the coming months unless the president recovers.

“It is necessary, even imperative, to adopt a solution to get out of the crisis which responds to the legitimate demands of the Algerian people, and which guarantees the respect of the provisions of the constitution and safeguards the sovereignty of the state,” General Ahmed Gaid Salah said in a televised speech.

The armed forces chief of staff, considered loyal to Bouteflika, added that the solution “is in article 102” of the constitution, under which parliament could declare the president unable to perform his duties due to serious illness.

The 82-year-old leader uses a wheelchair and has rarely appeared in public since suffering a stroke in 2013.

Bouteflika said last month he would run for a fifth term in office, despite concerns about his ability to rule, triggering a wave of protests that brought hundreds of thousands into the streets.

He later promised not to stand for another term but also postponed the elections, angering protesters who saw the move as a ploy to stay in power.

The army chief’s call was welcomed with car horns honking in Algiers.