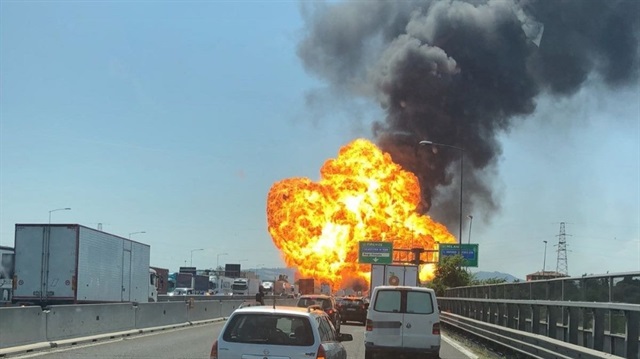 Fifty-eight people died in Niger’s capital Niamey after an overturned tanker truck exploded as crowds collected spilt
fuel, authorities and witnesses said Monday. The blast on the RN1 route near the international airport Sunday night left the burnt truck’s wreckage, motorbikes and debris scattered over the road. Nearby houses were damaged by fire.

The explosion left 58 dead, the presidency said in a statement. “Motorbike riders and people were all around the truck when it exploded all of a sudden,” a local trader said. “I saw at least 40 dead.”

Witnesses said people were trying to collect petrol leaking from the truck, which had overturned on railway tracks, when the explosion happened. “Just before midnight I went out and I saw the truck overturned. People came from everywhere to take gas, then I saw fire on its side and everything burst into flames,” a college student told AFP.

Nigerian President Mahamadou Issoufou visited some of the injured in hospital in the capital, according to the presidential Twitter account. Prime Minister Brigi Rafini and the Interior Minister Mohamed Bazoum inspected the site of the explosion, describing a scene of “real drama.”

Bazoum said the truck had tipped over while trying to park. Crowds and motorbike drivers rushed to the scene to take fuel from the tanker.

“Unfortunately one of the motorcyclists did not switch off their engine. There must have been a spark that caused a massive blast,” the minister said. He said 37 people were injured. Most were in a very serious condition in hospital with burns.

Niger, a poor West African country, has tried to stamp out fuel smuggling from neighbouring Nigeria. Nigeria, a major oil producer, has seen similar deadly accidents and explosions in the past when people try to steal fuel from oil pipelines.