Indo-Bangla ties to remain same whoever elected in India 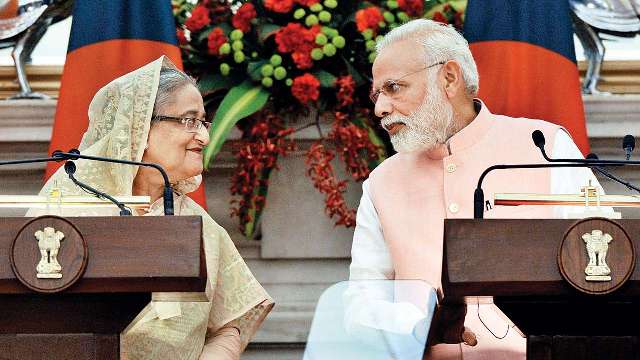 The minister came up with the remark as Indian High Commissioner to Bangladesh Riva Ganguly Das paid a courtesy call to him at his secretariat office here this afternoon.

“Whoever, either any party or alliance, will be elected in India, our relation will be the same . . . Bangladesh-India relation is the relationship between state-to-state and people-to-people,” AL general secretary told journalists after the meeting.

Obaidul Quader said, “It was a courtesy call of the Indian high commissioner. We discussed about the progress of the ongoing projects and some other new projects as well.”

“We want to strengthen this existing warm relation with India and this issue also got priority during the meeting with Indian High Commissioner Riva Ganguly Das,” he added.

Quader said buses and trucks were imported from India under the Line of Credit. Besides, Akhaura-Kishoreganj, Akhaura- Moynamoti four-lane and construction of bridges over Feni River would take the existing relations between the two countries into a new height.

Replying to a query on setting fire in a paddy field, the AL general secretary said Prime Minister Sheikh Hasina has already directed the ministry concerned to investigate the matter whether it was any sabotage or attempt to tarnish the image of the government.

Quader categorically said the present government is working very sincerely and cordially to resolve any problem of the farmers as it has undertaken different realistic measures to resolve the ongoing problems.