US President Trump to visit Seoul after letters with Kim 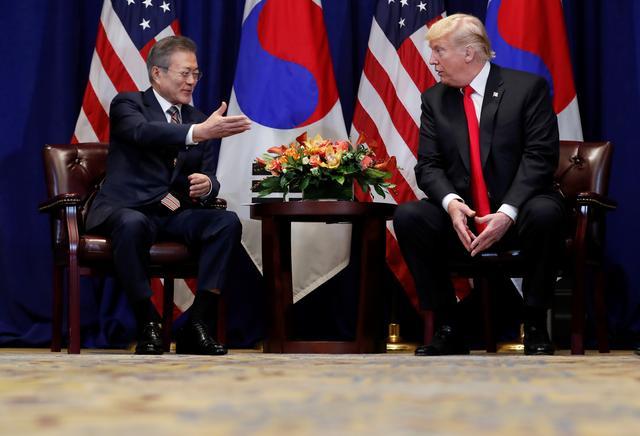 US President Donald Trump will visit South Korea at the weekend after the G20 summit to discuss deadlocked nuclear talks with the North with President Moon Jae-in, Seoul’s presidential office said Monday. Trump will fly to the South Korean capital on Saturday after attending the G20 summit in Japan, officials said, prompting speculation he could try to visit the Demilitarized Zone that divides the peninsula.

The visit comes after Trump exchanged letters with North Korean leader Kim Jong Un, who said the US president’s letter to him had “excellent content”, according to the North’s state-run media Sunday. Trump received a missive from Kim earlier this month and called it a “beautiful letter”.

The letter exchange comes after their second summit in Hanoi in February ended without an agreement — on sanctions relief and what the North might give up in return — and since then the negotiation process has stalled, with minimal contact.

Kim last week hosted Chinese President Xi Jinping for two days of fanfare in Pyongyang — the first visit by a Chinese president in 14 years — showcasing a decades-old alliance they called “invincible” and “forged in blood”.

Analysts say Xi’s meeting with Kim — ahead of talks with Trump on the sidelines of the G20 summit — is intended to demonstrate and reinforce Beijing’s influence in the North, which is heavily reliant economically on its neighbour.

Ko Min-jung, spokeswoman for the South’s presidential Blue House, said Moon and Trump “will have an in-depth discussion exploring ways to establish a permanent peace regime through complete denuclearisation of the Korean peninsula”. US officials generally refer more specifically to the “denuclearisation of North Korea”.

A South Korean government official told reporters that Trump was “considering” a visit to the DMZ — but that there were no plans for a three- way summit between the US president and the leaders of the two Koreas. It will be the eighth meeting between Moon and Trump, who last visited his security ally in November 2017, when he tried to go to the DMZ but was forced to turn back by thick fog.

“Trump will certainly visit the DMZ if the weather permits because it is the site where the easing of military tensions between the two Koreas can be witnessed directly,” Koh Yu-hwan, professor of North Korean studies at Dongguk University in Seoul, told AFP.

“Visiting the DMZ could reaffirm the importance of (the) denuclearisation process.” But he said it would be “astonishing” if the US and North Korean leaders were to meet in the DMZ, given the “standstill in nuclear talks”.