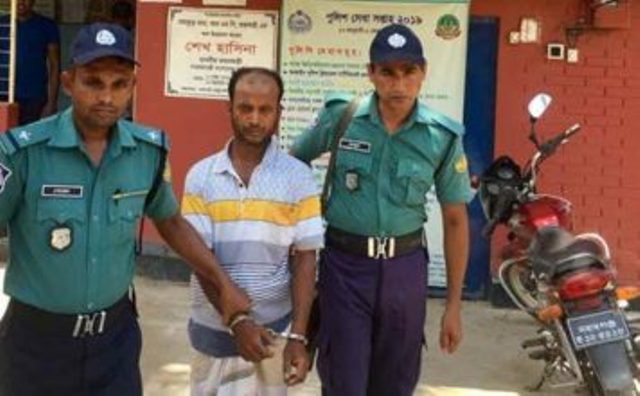 A man has surrendered himself to police after slaughtering his wife to death in a remote village here last midnight. Police said the incident happened in Kolartikar village under Paba Upazila in the district where Rentu Ahmed alias Shariful, 36, son of Kashem alias Khoka, slaughtered his wife Lovely Begum, 28, to death.

After walking around a six-kilometer way Shariful, a mason, went straight to Damkura Police Station around 3.30 am and claimed that he killed his wife as she was involved in an extramarital relation, said Mazharul Islam, Officer-in-Charge (OC) of the police station.

Subsequently, police arrested him and recovered the body from the place of occurrence and sent it to the morgue of Rajshahi Medical College Hospital for post mortem.

Quoting Shariful’s statement the police officer said he locked into an altercation with his wife suspecting that she was involved in an extramarital affair.

The couple has two children who were visiting their grandparents at the time of the incident. “We are investigating into the incident,” the OC added.