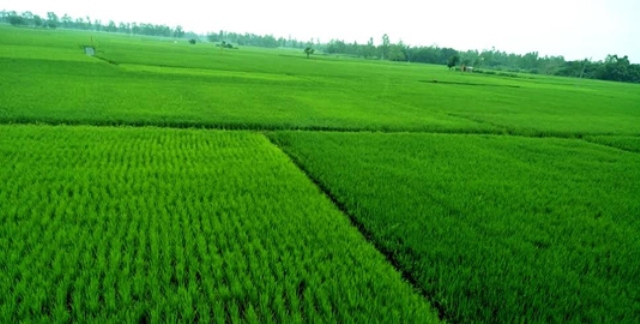 Officials of the Department of Agricultural Extension (DAE) and farmers are expecting a bumper output of Transplanted Aman (T-Aman) rice crop as its tender plants are growing excellent in Rangpur region. The DAE officials said favorable weather conditions including frequent rainfalls are considered as tonic for superb growth of the tender T-Aman rice plants on vast tracts of crop lands predicting excellent production of the crop.

The farmers have finally cultivated T-Aman rice on over 6.08-lakh hectares of land, less by 4.18 percent or 26,552 hectares against the fixed farming target on over 6.35-lakh hectares of land in the region. “Despite a little shortfall in the farming target, an excellent T-Aman rice output is expected this season,” said Md. Moniruzzaman Additional Deputy Director of the DAE at its regional office.

The DAE distributed T-Aman rice seedling prepared on 202 community seedbeds spending Taka 80.90-lakh among 12,241 flood-affected farmers of Kurigram, Gaibandha and Lalmonirhat free of costs for re-transplantation on their one bigha of land each.

The DAE and other agriculture-related organisations also prepared seedbeds of late variety T-Aman rice on 20 hectares of land spending Taka 13.35-lakh and distributed those among 1,181 flood-hit farmers for re-transplantation on one bigha of land each.