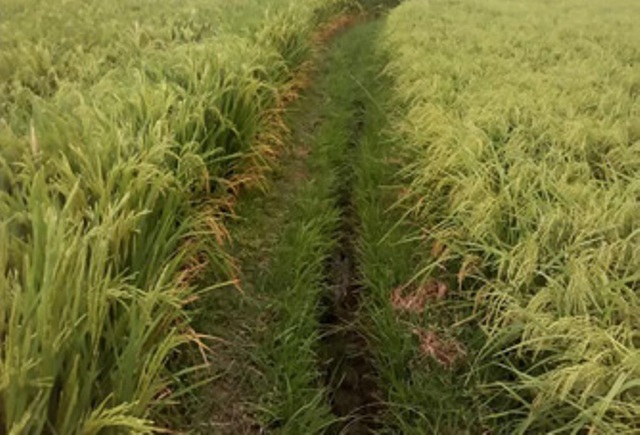 The farmers have, so far, produced around 5.56 lakh tonnes of Aush rice as its harvesting process is now on the final stage in all eight districts under Rajshahi division. According to the sources of Department of Agriculture Extension (DAE), the farmers brought around 2.38 lakh hectares of land under the Aush paddy farming in the division this season.

The DAE had set a target of producing 6.49 lakh tonnes of rice from around 2.39 lakh hectares of land, said Dev Dulal Dhali, Additional Director of DAE, adding 39,200 farmers were given incentives of seed and fertilizer for the cultivation on 39,200 bigha of lands in the division.

Each of the farmers got 15-kg Di-ammonium Phosphate (DAP) fertilizers, 10- kg Muriate of Potash (MoP) and 5-kg of Aus seeds. Most of the beneficiary farmers were given seed of BRRIdhan-48, a drought tolerant paddy variety innovated by Bangladesh Rice Research Institute (BRRI) in the region.

Meanwhile, the farmers are happy with satisfactory yield of the BRRIDhan-48 in the region, including its vast Barind tract, in the current season. Amidst this glowing atmosphere the farmers have completed the paddy variety as part of their effort to mitigating the adverse impacts of climate change.

BRRIDhan-48, a short duration and drought tolerant paddy variety innovated by Bangladesh Rice Research Institute for Aush season, has gradually been gaining popularity among farmers in the Barind tract in the last couple of years.

Sohidul Haque, 45, another farmer of village Kumarpur of the same upazila, expressed his happiness over cultivating the variety saying its average yield is from 15 to 23 mounds per bigha. He mentioned that the conventional parija variety is being replaced by the new variety which is a good sign for the region in terms of boosting yield.

Barind Station of On-Farm Research Division under Bangladesh Agriculture Research Institute has inserted the paddy variety into its four-crop based cropping pattern in a bid to lessen the gradually mounting pressure on underground water in the drought-prone area.

Dr Shakhawat Hossain, Senior Scientific Officer of Bangladesh Agriculture Research Institute, said there has been an enormous prospect of bringing harvesting intensity coupled with increasing food production through a successful promotion of the Aush-Aman-Lentil-Mungbean cropping pattern.

The paddy variety has opened up a door of enormous prospects of food security along with mitigating the crises of irrigation water. By virtue of its early harvesting characteristics the variety supplements the farming of transplanted Aman and various Rabi crops like tomato, brinjal, mustard and vegetables as the region is conventionally famous for farming these crops abundantly, Dr Hossain added.