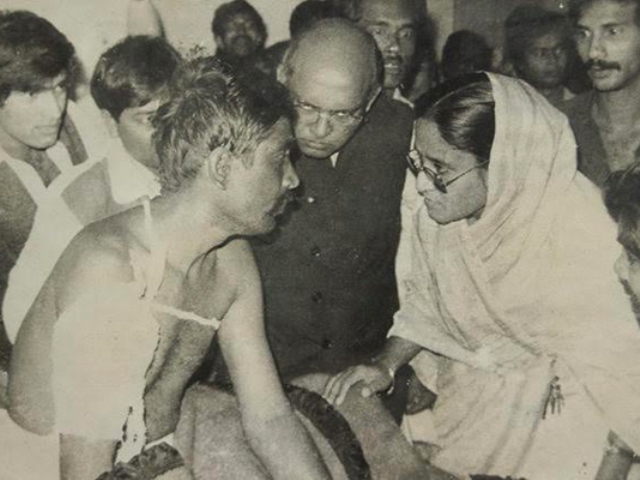 The prosecution story is in brief that , on January 24, 1988, police opened fire on Awami League President and incumbent Prime Minister Sheikh Hasina who was proceeding with a motorcade procession to attend a grand rally at city’s Lal Dighi Maidan that left 24 people dead and over 200 injured in the grisly attack.

The first charge-sheet in the case was submitted on December 12, 1997, the second supplementary charge sheet was also submitted on December 3, 1998 accusing eight police personnel while the charges were framed against eight cops on 9 May in 2000. Among the convicts, JC Mandal, who is the former Patrol Inspector of Chattogram Kotwali area,remained fugitive .


Three of the eight accused in the case had already passed away. The court also acquitted three persons of the charges Public Prosecutor (PP) of the Divisional Special Court Advocate Mejbah Uddin expressed satisfaction over the verdict.
(BSS)