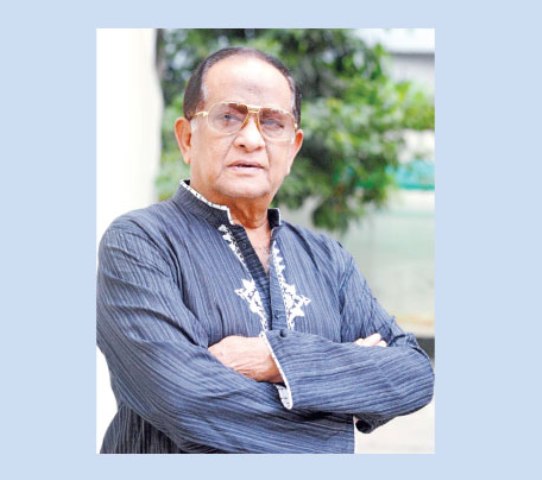 Featuring the songs of Razzak-starrer films, a special episode of music show ‘Gaane Gaane Sokal Shuru’ will be aired at 7:30am on Channel i. Veteran singer Khurshid Alam and ‘Khude Gaan Raj’ singer Ratul will perform in the show.


Focusing on the life and work of ‘Nayak Raj’ Razzak, a show titled ‘Nayak Raj er Char Joog’ (Four decades of Nayak Raj) will be re-telecast on the channel at 11:30am. Speaking to the anchor of the show, Moushumi, Razzak shared many untold stories of his eventful career in the show.

Also, Channel i will air a special episode of its popular live show ‘Taroka Kathon’ at 12:30pm, while musical show ‘Ebong Cinemar Gaan’ with the songs of Razzak-starrer popular films will be aired at 1:05pm.

Moreover, a 90-minute biographical documentary titled ‘Rajadheeraj Razzak’ (The King Protagonist), containing exclusive interviews of Razzak, unseen photographs of the ‘Nayak Raj’ and interviews of his friends, colleagues and family members, will be aired at 3:30pm. Noted media personality Shykh Seraj has made the biographical documentary on the legendary hero, which has been produced by Impress Telefilm Ltd.

Razzak made tremendous contributions to Bangla cinema, and won the hearts of millions permanently with his performance. The National Film Award-winning actor also earned fame as a director.


Born in Naktala of South Kolkata, Razzak’s parents were Akbar Hossain and Nisarunnesa. He and his family fled to Dhaka as refugees during the Calcutta communal violence in 1966. In Dhaka, he found work at Abdul Jabbar Khan’s Iqbal Films, and assisted in Kamal Khan’s Ujala.

He was awarded the Independence Day Award in 2015 by the Government of Bangladesh.


Razzak’s first big break in cinema came with his role in Zahir Raihan’s ‘Behula’ (1966). Subsequently, he went on to make more than 300 appearances in Bengali and Urdu movies.

Making his directorial debut with the film ‘Ananta Prem’ in 1977, he eventually directed more than fifteen movies in his career.