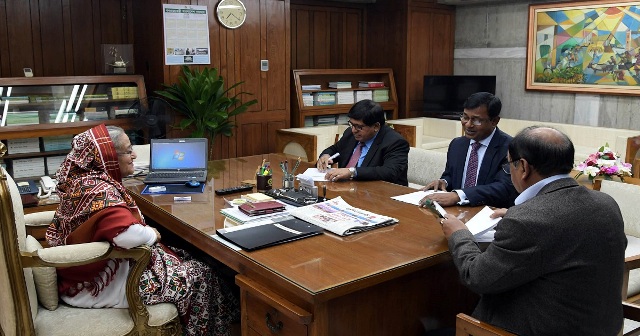 She made the remarks when Secretary General of Bay of Bengal Initiative for Multi-Sectoral Technical and Economic Cooperation (Bimstec) Shahidul Islam met her at her Jatiya Sangsad Bhaban office.

“Completing Bimstec Coastal Shipping Agreement is urgently needed as the waterway connectivity is very import,” the Prime Minister was quoted as saying at the meeting.


She also stressed the need for bolstering trade cooperation among the Bimstec member countries.

Sheikh Hasina said the connectivity between Bangladesh and India will be strengthened further as the routes, which was closed down after the 1965 war, are being reopened gradually.

The Bimstec secretary general informed the Prime Minister that the process is on to complete Bimstec Motor Vehicle Agreement and Bimstec Coastal Shipping Agreement.

He briefed about the activities of Bimstec Secretariat and said all the seven member countries have already appointed directors at the Secretariat located in Dhaka.