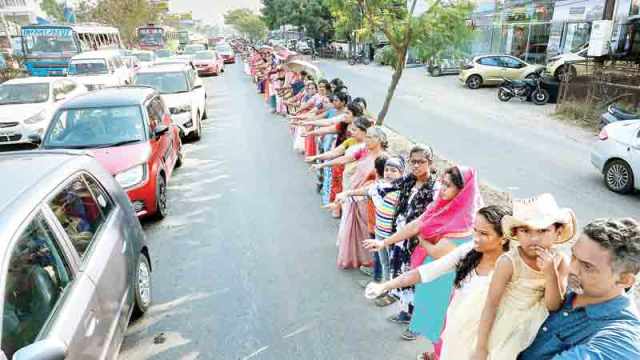 He made the statement while replying to a tabled question from Awami League MP Ashim Kumar Ukil in Parliament.

The minister also said the Bangladesh government will take measures in line with the international and border laws if any tension is created over the NRC and CAA.


“The debate can be considered part of India’s internal politics. We believe the Indian government will give full attention to their mutual trust and understanding with the government and citizens of their neighbouring country (Bangladesh) while taking steps on the basis of its political commitment,” he said.

Asaduzzaman said Bangladesh considers NRC as an internal issue of India. “The highest authority of the Indian government has given assurance to the Bangladesh government that the NRC issue won’t cast any unwanted impact on Bangladesh,” he said.

He said Border Guard Bangladesh (BGB) remained on highest alert to prevent any kind of border-related illegal activities and crimes. “Actions will be taken in line with the international and border laws if any tension is created,” he said.

In reply to another query from treasury bench MP AKM Rahmatullah, the minister said the government is implementing three development projects to establish a fire station in each district across the country.


“As per the announcement of the Prime Minister, the government is implementing three development projects for setting up a fire station in each district across the country,” he said.

He also said the government has already procured modern vehicle pumps and necessary equipment at a cost of Tk 223.38 crore under the Modernisation of Fire Service and Civil Defence project and distributed those to different fire stations.

Now, a total of 414 fire service stations are in operation throughout the country, the minister added.