China returnees to be under observation: FM 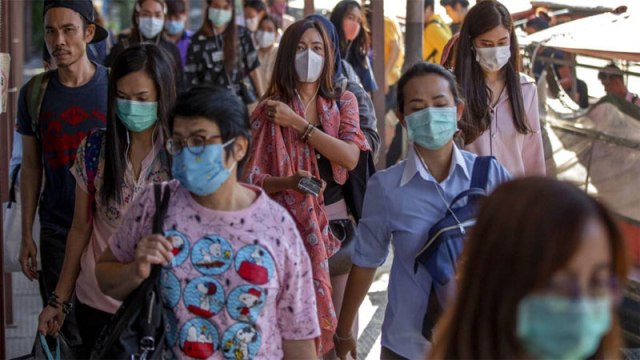 International Desk : Foreign Minister Dr AK Abdul Momen on Wednesday said the government will keep those who will return to Bangladesh under observation before China lifts the ongoing 14-day restriction to avoid any risk.

“We’re not delaying. We’re fully ready to bring them (Bangladesh citizens) back once China allows,” he told reporters adding that the government does not want to see the transmission of coronavirus in other places.

The Foreign Minister said the Chinese government remains very strict in following the 14-day quarantine period and did not even accept the proposals of Japan and the USA to take back their nationals.

China is willing to stay in communication with other countries in order to properly handle the issues related to prevention and control of the novel coronavirus (2019-nCoV), said Chinese Foreign Minister Wang Yi.

WHO to Help Keep People Safe

The World Health Organization (WHO) will help keep working with China and all other countries to protect health and keep people safe, says Spokesperson for the UN Secretary General Stephane Dujarric.

WHO will send international experts to visit China as soon as possible to work with their Chinese counterparts on increasing understanding of the outbreak to guide global response efforts, he said.

WHO Director General Dr Tedros Adhanom Ghebreyesus is in Beijing and he met Chinese President Xi Jinping on Tuesday, said the Spokesperson in a regular briefing at the UN headquarters in New York.

Dr Tedros noted that the World Health Organization is working closely with the Chinese government on the measures to understand the virus and limit its transmission.

On Tuesday, Dr Momen said the government, as directed by the Prime Minister Sheikh Hasina, will bring back Bangladesh citizens, willing to return from Wuhan city of China, once China lifts the ongoing 14-day restriction in the city that faced lockdown over the coronavirus outbreak.


The Foreign Minister said the government remains cautious but not panicked. “We don’t want to create any panic.”

Meanwhile, State Minister for Foreign Affairs M Shahriar Alam urged the Bangladesh citizens in China to strictly follow the Chinese government’s instructions without any deviation until the quarantine period of 14 days ends, saying almost seven days of that period passed by.

In a Facebook post for the worried persons on Tuesday, he urged the families and relatives in Bangladesh to convey the message to their relatives living in China and encourage them to follow the instructions.

Quarantine is a state, period or place of isolation in which people or animals that have arrived from elsewhere or been exposed to infectious or contagious disease are placed.

He said the health-related instructions will have to be followed to make sure that coronavirus does not get transmitted by anybody and for the sake of life though normal life is being hampered.

The state minister said the registration process for those who are willing to return from China has already started.

He said the government will be able to determine the number of possible returnees soon and the aircraft having the exact capacity.

There are about 400-500 Bangladeshi students in Wuhan, according to the Foreign Ministry here.

Wuhan, the capital of Hubei province, is at the centre of the outbreak. Wuhan is in lockdown and China has imposed travel bans on a number of other cities.

Health Minister Zahid Maleque has said there is nothing to worry about coronavirus as no such patient has been detected in Bangladesh yet.

Countries began evacuating their citizens Wednesday from the Chinese city hardest-hit by an outbreak of a new virus that has killed 132 people and infected more than 6,000 on the mainland and abroad, reports AP from Beijing.