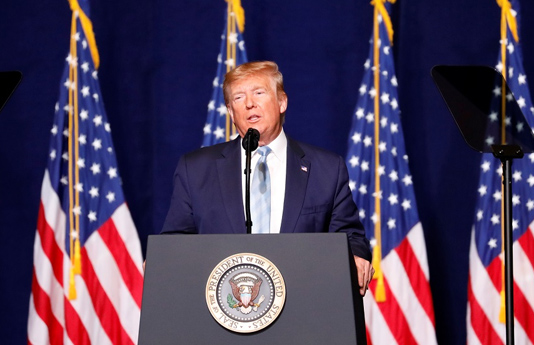 Internation Desk : Kyrgyzstan hit out on Saturday at immigration restrictions that will restrict travel to the US from the ex- Soviet country, complaining they were applied selectively had damaged relations. US President Donald Trump on Friday slapped immigration restrictions on citizens of six countries — Nigeria, Myanmar, Eritrea, Kyrgyzstan, Sudan and Tanzania — adding to a list of nations already targeted by his controversial travel ban.


On Saturday, Kyrgyzstan’s foreign ministry summoned US envoy Donald Lu to explain the restrictions, which Lu said were related to a failure to introduce biometric passports. But the Central Asian state’s foreign ministry complained that other countries without biometric passports had not been included in the latest wave of immigration restrictions.

“At the same time, out of more than 80 countries where biometric passports have not yet been introduced, the limitations (were applied) selectively to only a few,” the foreign ministry said. “In this way, significant damage has been done to Kyrgyz-American relations.” The latest directive, which takes effect on February 22, was less sweeping than the travel ban Trump announced in January 2017,


which banned citizens of certain Muslim-majority countries from entering US territory. Department of Homeland Security officials said only certain visa categories would be targeted, with the focus primarily on people seeking to move to the United States rather than those simply aiming to visit.
(AFP)