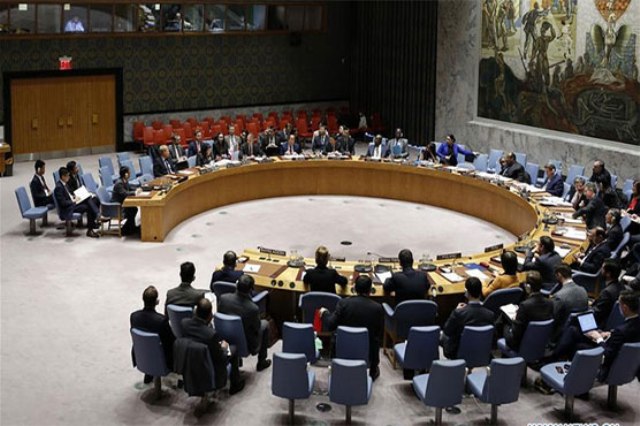 Online Desk : The UN Security Council’s EU member states called Tuesday for Myanmar to bring to justice those who have carried out human rights violations against Rohingya Muslims.
France, Estonia, Germany and Belgium urged Myanmar to comply with measures meant to prevent genocide set forth by the International Court of Justice, in a joint statement issued following a closed-door Security Council meeting.

The text was also signed by former Security Council member and EU state Poland. But it marked the first time the EU members have issued a joint Security Council statement without Britain, which exited the union on Friday.


Britain was among the countries that requested the meeting on Myanmar, alongside France, Germany, Belgium and the United States.
China, an indispensable ally for Myanmar, opposed issuing a joint
declaration by the entire council, according to a diplomatic source.

“Myanmar must address the root causes of its conflicts,” the joint statement said, urging the southeast Asian nation to take “credible action to bring to justice those responsible for human rights violations.”

“Myanmar must also create conditions for and facilitate a voluntary, safe, dignified and sustainable return of the Rohingya to Myanmar,” they said.


A bloody military crackdown by Myanmar in 2017 sent around 740,000 Rohingya fleeing into neighboring Bangladesh.

Thousands of Rohingya are suspected to have been killed in the crackdown, which has been described by UN investigators as a genocide.