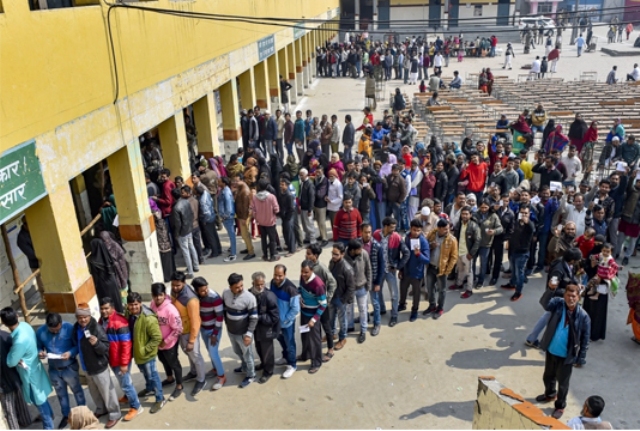 On the basis of exit polls prediction, AAP leader Arvind Kejriwal is set to become Delhi Chief Minister for another term although BJP is optimistic about its win saying that “all exit polls will proved to be inaccurate”.

In a tweet message, BJP’s influential leader Manoj Tiwari said, “All these exit polls will fail… keep my tweet saved… BJP will form the government with 48 seats.”


The polls predicted that AAP will win a two-third majority with some giving it three-fourth majority in the 70-member assembly.

The election to Delhi Assembly ended today amid tight security. However, despite a high intensity campaign, the voter turnout for the Delhi election has been low.

According to media reports, just 54.02 per cent people turned up to vote till 5 pm. The corresponding figure in 2015 was 67.5 per cent. The results of the election will be declared on Tuesday.

Times Now-Ipsos exit poll predicted that AAP will get 44-50 seats while BJP and allies 20-26 seats. Congress and other parties will not get any seat in the election (source: media reports).

India Today exist polls, however, projected that AAP will win with huge margin by securing 59-68 seats while BJP will get 2-11 seats.

Newsx-Polstrat exit poll predicted that AAP will secure 50-56 seats while BJP and allies 10-14 and Congress 0-1 seats.


The last assembly election in the national capital was held in 2015 when Delhi’s Chief Minister Arvind Kejriwal’s ruling Aam Aadmi Party (AAP) secured 67 seats out of 70 and the remaining three went to BJP and Congress.