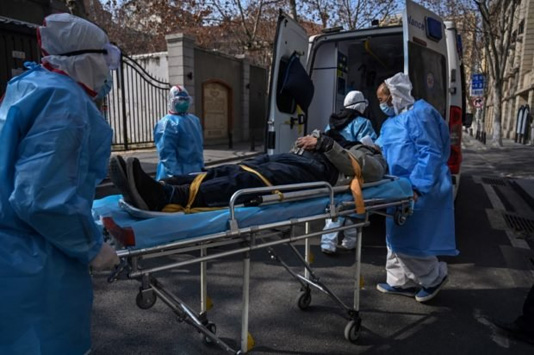 International Desk : Taiwan reported its first death from the new coronavirus Sunday, as the death toll from the outbreak rose to 1,665 inside mainland China.

A 61-year-old man from central Taiwan with underlying health problems but no recent overseas travel history died in hospital on Saturday after testing positive for the virus, officials confirmed. It is the fifth recorded death outside mainland China — previous victims were in the Philippines, Hong Kong, Japan, and France.

“This latest case was an unlicensed taxi driver. His main clients were people who had been to China, Hong Kong and Macao,” health and welfare minister Chen Shih-chung told reporters.


Chen said authorities were examining the driver’s client list and their travel history, in an attempt to trace the possible source of infection.

A 50-year-old male relative of the victim was later confirmed to have contracted the virus, Chen added, although he was not showing any symptoms.

France reported the first coronavirus fatality outside Asia on Saturday, fuelling global concerns about the epidemic.

Nearly 1,000 Taiwanese are still awaiting repatriation in Hubei province — the epicentre of the outbreak — after Beijing and Taipei accused each other of “political manipulation”, causing delays.

But how that evacuation was carried out caused disagreements.

The relationship between the two is complicated by the fact that Beijing views Taiwanese people as its own citizens, not as foreign nationals.
(AFP)