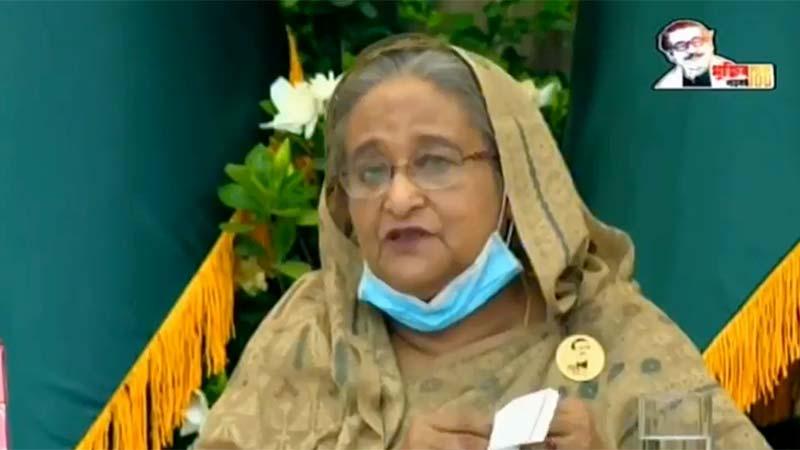 Online Desk : Prime Minister Sheikh Hasina today announced to bring 50 lakh more poor people under the government’s ration card facilities to provide them with rice at Taka 10 per kilogram to mitigate their sufferings created in the wake of the coronavirus outbreak.

“Currently, 50 lakh extreme poor and distressed people are getting rice at Taka 10 per kg under the government’s ration card facilities. We’ve taken a decision to bring 50 lakh more such people under the facilities to minimise their hardship in the current situation that has emerged due to the COVID-19 outbreak,” she said.


The prime minister made the announcement in her introductory speech while interacting with the public representatives and officials of nine districts of Dhaka division on the present coronavirus situation, through a videoconference from her official Ganabhaban residence here this morning.

Sheikh Hasina said in the wake of the coronavirus outbreak, the government started selling rice at Taka 10 per kg among the poor and distressed people who have no ration cards.

“But problems are being created for distributing rice (in this way) and we’ve postponed the programme for the time being as some incidents happened regarding it,” she said.


The premier added: “So, we’ve directed the authorities concerned to prepare a list of 50 lakh poor and distressed people who will be brought under the new ration card facilities by excluding those having ration cards and are already getting benefits of social safety net programmes.”

In this connection, Sheikh Hasina asked the authorities concerned to make the list of those people who truly need assistance in this critical time.
(BSS)