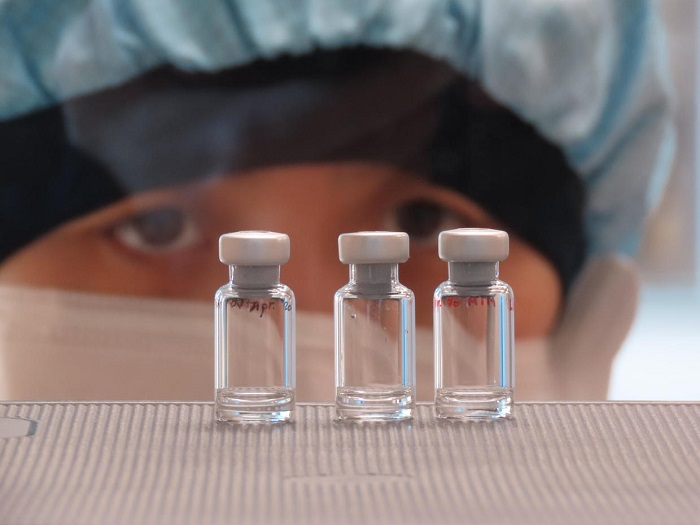 Online Desk ; In the global scramble for a COVID-19 vaccine, a select number of human trials are now under way, but it’s scientists from England’s University of Oxford who appear most confident that they’re onto a cure.

Professor Sarah Gilbert heads the Oxford team behind the potential vaccine being developed in partnership with the Jenner Institute. She’s said it has an “80% chance” of success, and it could be available for wide use by the public as soon as September.

Human trials of the vaccine began Thursday in Oxford. It will be administered to 510 healthy volunteers between the ages of 18 and 55.


U.K. Health Secretary Matt Hancock has said the government is “throwing everything” at efforts in the country to create a COVID-19 vaccine. He’s pledged around $25 million in public funding for the Oxford project and an additional $27 million to research initiatives at Imperial College London. He says the U.K. is “at the front of the global effort” to find a vaccine.

“We have put more money than any other country into a global search for a vaccine and, for all the efforts around the world, two of the leading vaccine developments are taking place here at home, at Oxford and Imperial,” Hancock said. “Both of these promising projects are making rapid progress, and I’ve told the scientists leading them we will do everything in our power to support.”

COVID-19, the disease caused by the new coronavirus first detected late last year in central China, has killed more than 184,000 people globally, and over 2.6 million have caught the virus.

Global race for a vaccine

Although there are 120 projects around the world working toward a vaccine, only five have been approved for clinical trials on humans.


As well as the Oxford initiative, a joint partnership between German biotech company BioNTech and U.S. pharmaceutical giant Pfizer will begin trialing a potential vaccine later this month. It will be tested on 200 German volunteers aged between 18 and 55.

The first human trial in the U.S. began in March. That vaccine is made by Moderna Inc. and is being administered at the Kaiser Permanente Washington Health Research Institute in Seattle. Forty-five healthy adults, aged 18 to 55, are enrolled in that trial, each of whom will receive two shots, 28 days apart.


It’s not just vaccines that scientists are looking for: Researchers are also trialing existing drugs as potential treatments for the new coronavirus disease, including long-trusted remedies for killer pathogens including Ebola, malaria and HIV.

Early results have been mixed, but until full clinical trials are done and the data analyzed, doctors can’t be certain that any of the medications are safe and effective.

Treatments aside, experts say the world will only be able to breathe a real sigh of relief when a vaccine is ready to distribute widely around the world. Despite the confidence of the Oxford scientists and the fast-tracking of human vaccine trials, most experts still think that will take another 12 to 18 months.