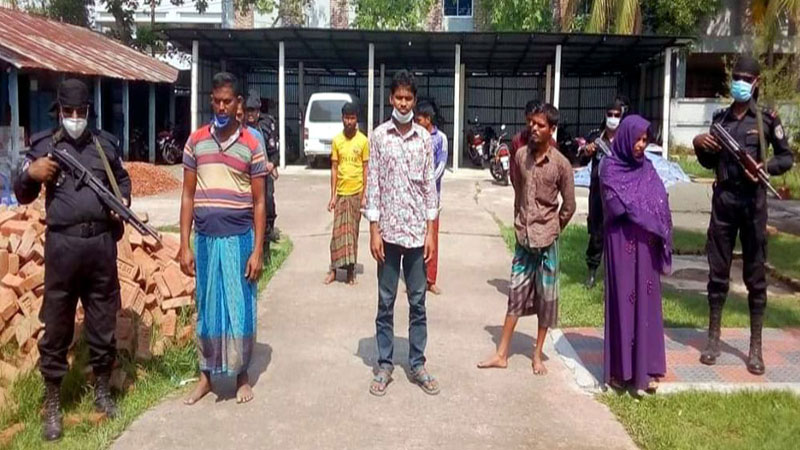 Online Desk ; Eight persons were arrested and 65,000 yaba tablets were seized from their possession at Nishanbaria launch ghat area in Dhankhali union under Kalapara upazila in Patuakhali district.
Rapid Action Battalion (RAB)-8 Patuakhali arrested the drug dealers with 65,000 yaba tablets, cash Tk 2,30,000, a motorcycle and a fishing trawler during a drive at Nishanbaria launch ghat area at about 12 noon on on Saturday.

Yaba tablet, contains a mixture of methamphetamine and caffeine. It is a crazy drug because of the psychological and physical effects it produces.

He said during the raid a fishing trawler was seized from the arrested persons. After searching, 65,000 yaba tablets and cash Tk 2,30,000 were seized.

Md Rais Uddin further said the arrested accused Babul Mridha and his wife Hasina are professional drug dealers. They smuggle yaba tablets out of Cox’s Bazar through trawlers. There are drug related cases against Babul Mridha with different police stations of Chandpur, Patuakhali and Barguna districts.


The arrested accused along with the seized yaba tablets were handed over to Kolapara Police Station.