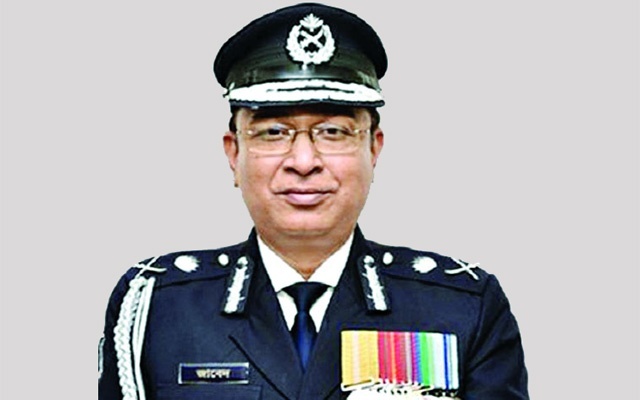 Online desk : The government has appointed former police chief Dr Mohammad Javed Patwary as the next Ambassador of Bangladesh to Saudi Arabia.

Patwary joined the government service in 1986 as a member of Bangladesh Civil Service (BCS) Police Cadre where he stood first in the merit list.

He rose to the highest rank of police service and served as Inspector General of Police for more than two years before retirement in April this year, said the Ministry of Foreign Affairs on Monday.

Javed Patwary acquired his Bachelor’s degree with Honours and Masters’ degree with First Class distinction, both in Social Welfare from Dhaka University.

He also obtained Post Graduation Certificate in “Criminal Justice and Police Management” from University of Leicester.

In pursuit of academic excellence and professional skills, Javed Patwary earned a PhD on “Combating Terrorism in Bangladesh: Challenges and Prospects” from Jahangirnagar University.

He is a graduate of Police Staff College, Bramshill, UK and the FBI National Academy, Virginia, USA.

Javed Patwary served as a peacekeeper on UN missions in Croatia, Sierra Leone, Kosovo and Sudan. As recognition of dedicated service, he was awarded with the UN Medal on all the missions he served, reports UNB.