Three Bangladeshis lynched on suspicion of cattle-smugglers in Assam 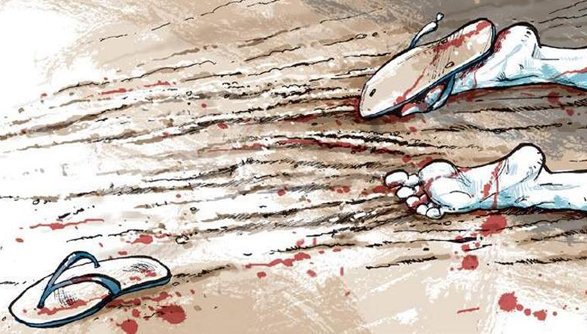 Online Desk : Three Bangladeshi nationals, alleged cattle smugglers. were lynched by a mob in Assam’s Karimganj district Saturday midnight, report The Hindu and Express News Service of India.
The police said the incident took place at Bogrijan Tea Estate under Patharkandi police station and near the India-Bangladesh border. Four others, who had come along with the deceased, managed to flee under the cover of darkness.

“An enquiry revealed that they had crossed over with a motive to smuggle cows. They were lynched by the locals who are yet to be identified,” Karimganj Superintendent of Police Kumar Sanjit Krishna claimed.

The police recovered fence-cutters, rope, bag, wires besides biscuits and bread, manufactured in Bangladesh, from the site. The bodies have been retrieved and a process is on to hand those to Bangladeshi authorities through the Border Security Force, they said.

On June 1 this year, Ranjit Munda, a Bangladeshi national, had met with a similar fate at another tea estate in the district. He was lynched by the locals when he and five others – three Bangladeshi and two Indian nationals – had made an attempt to smuggle cows.

Later, the body of Munda, who hailed from a tea estate in Bangladesh adjoining the border, was handed over to the Border Guards Bangladesh.