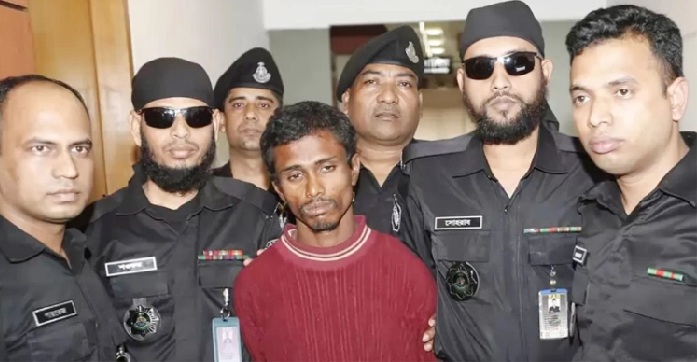 Online Desk : A Dhaka court on Sunday accepted chargesheet against accused Majnu in a case filed for raping a Dhaka University student at Kurmitola in the capital.

At the same time, the tribunal fixed August 26 for hearing the charges of the case.

Earlier on March 16 last, invsetigation officer (IO) of the case and DB’s inspector Abu Bakar submitted the chargesheet to the court of metropolitan magistrate. Sixteen people made accused in the case.

The DU student boarded a Dhaka University bus at about 5:30pm on January 5 last. She got down from the bus at about 7:00pm at Kurmitola bus stand and was heading toward a friend’s house in a nearby area at that night.

Soon after she got down from the university bus, someone grabbed her from behind, gagged her and took her to an isolated place nearby where she was raped and bitten. There were marks of injury on different parts of her body. At one stage of rape, she fell unconscious.

As the student got back consciousness, she found herself at an isolated place. Later, she went Dhaka Medical College Hospital hiring a CNG. Meantime, her classmates also went there and they admitted her to the One-Stop Crisis Centre (OCC).

On the following day, the girl’s father lodged a case with Cantonment Police Station accusing an unidentified person. The Detective Branch of DMP (DB North) has been investigating the case.

Earlier, Majnu was arrested by RAB on January 8. He was later handed over to Cantonment police. A Dhaka court placed Majnu on a seven-day remand for questioning on January 9. Confessing his involvement in the rape, Majnu gave a statement to the court under Section 164 of the CrPC. Now, he is in jail.