OC Pradeep, 41 others sued over killing 3 in crossfire 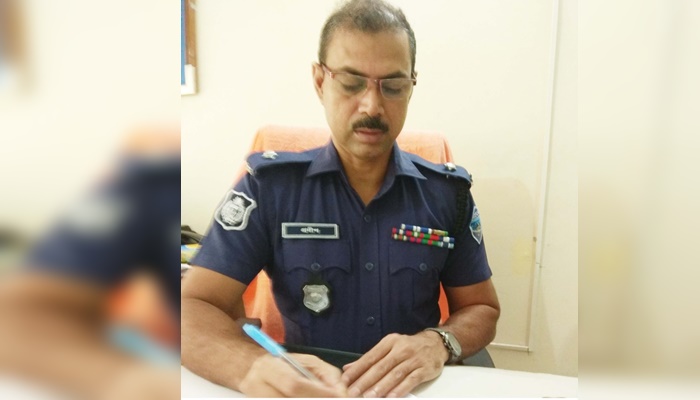 online desk ; Another case has been filed against suspended Teknaf Police Station officer-in-charge (OC) Pradeep Kumar Saha, the main accused in Major (Retd) Sinha Mohammad Rashed Khan killing case, and 41 others for killing three members of a family in crossfire.

Of the accused, 35 are policemen.

Sultana Rabeya Munni, wife of one of the crossfire victims Syed Alam and a resident in Rangikhali area under Teknaf upazila, lodged the case with the court of Cox’s Bazar Chief Judicial Magistrate Helal Uddin on Monday.

According to the case statement, the accused policemen took Syed Alam, his brother Nurul Alam and their relative Syed Hossain alias Abdul Monaf from their house at about 2:00 am on May 7, and demanded Tk 50 lakh from them.

As the family could not provid the demanded money, they killed the three persons putting them into crossfire, the statement added.

However, the court took the case into cognizance and asked the police station to report whether a case was filed and a probe report was made in this incident or not, said the plaintiff’s lawyer Md Kashem Ali.

On July 31, Major (retd) Sinha Mohammad Rashed Khan was killed in police firing at night a check post at Shamlapur area under Baharchhara union along the Cox’s Bazar-Teknaf Marine Drive.

Later, his sister filed a case where she made Baharchhara Investigation Centre’s Inspector Liakat Ali as prime accused and Teknaf Police Station OC as the accused number two. Besides, seven more policemen were made accused in the case.