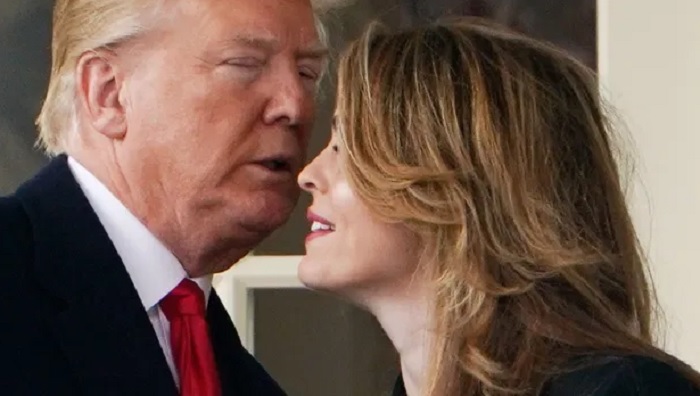 Online Desk : The October surprise in this election campaign came on the first day of the month – at 10.44pm Eastern Time, to be exact.
That’s when Donald Trump told the world that he was going into quarantine, along with the First Lady.

Just over two hours later, at 12.54am on Friday morning, the President tweeted he was positive, writes ITV’s Washington Correspondent Robert Moore.

The 74-year-old now faces two weeks of quarantine, just 32 days before Americans go to the polls, reports The Sun.

The President’s doctor, Navy Commander Dr Sean Conley, quickly issued an emergency statement: “The president and first lady are both well at this time, and they plan to remain at home within the White House during their convalescence.

“The White House medical team and I will maintain a vigilant watch, and I appreciate the support provided by some of our country’s greatest medical professionals and institutions.

“Rest assured, I expect the president to continue carrying out his duties without disruption while recovering.”

That last sentence does not quite capture the serious nature of this moment. Trump is 74 years old and significantly overweight, bordering on obese, two widely-acknowledged risk factors.

The route of transmission seems clear. One of his closest advisers, Hope Hicks, had tested positive and she was known to have been around the President for long periods earlier this week. She was involved in the debate prep ahead of the Cleveland clash, and she was in the debate arena with him. She flew back to Washington DC with him aboard Air Force One, and they attended a rally the next day in Minnesota.

Analysts are already judging this to be the most serious threat to the life of a President since Ronald Reagan was shot and seriously wounded.

There will be anxiety about whether the election campaign itself is now viable with one of the candidates off the trail and the remaining debates in doubt.

Even with this result, it seems unlikely that Trump – if he was infected by Tuesday – could have passed it on to Joe Biden. According to the strict protocols of the event, the candidates were kept apart and never even shook hands. In fact, even as a journalist accredited to the debate, I was subjected to a Covid test, administered nearby, before I could enter the debate zone.

The President, who said Covid would quickly go away, and who has been largely dismissive of masks, and who even speculated about injecting bleach as a cure, is now facing grave anxiety. The election will, of course, go ahead, but a bizarre campaign has now taken on a whole new complicated and worrying dimension.

The Republican Party now faces the prospect of having to choose a new candidate for the November 3 election, which its rules allow it to do.

Should the president become to ill to work, under the US Constitution he can transfer power to vice-president Mike Pence.

And if the vice-president himself becomes ill, the Constitution then paves the way for the Speaker of the House of Represenatives Nancy Pelosi to become president.