Turkey to use ‘91% effective Chinese vaccine which is safe’ 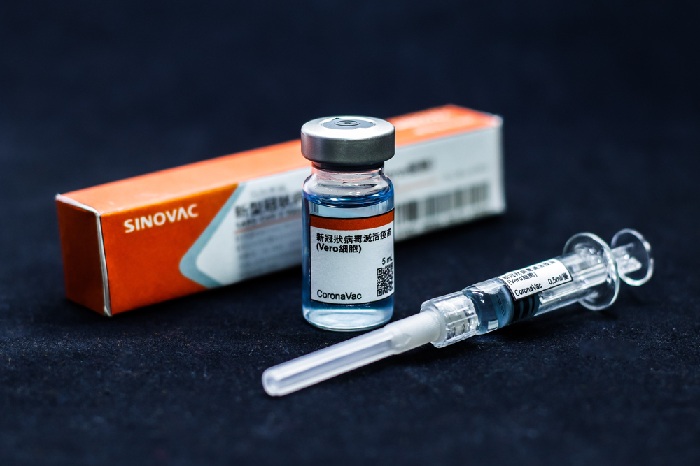 Online Desk : Turkey will receive its first shipment of China’s Sinovac coronavirus vaccine on Sunday as preliminary domestic tests showed it was 91% effective, Health Minister Fahrettin Koca said, report agencies.
Ankara in the next few days will also sign a deal with Pfizer/BioNTech for 4.5 million doses, with the option to buy 30 million more from the US pharmaceutical giant and its German partner, Koca said.

Turkey will initially receive three million doses of Sinovac and have the option for 50 million more as it begins inoculations next month.

Koca said the first shipments of the Chinese vaccine will be sent to Turkey on Sunday, adding that Turkey would vaccinate some 9 million people in the first group, starting with health workers.

The preliminary tests on 7,371 volunteers in Turkey showed that the Chinese vaccine ‘CoronaVac’ manufactured by Sinovac was 91.25 per cent effective, although phase three tests were still not complete.

Sinovac has also signed supply deals for its vaccine, called CoronaVac, with countries including Indonesia, Brazil, Chile and Singapore, and is negotiating with the Philippines and Malaysia.

Earlier, the Brazil government said the Covid-19 vaccine developed by Chinese pharmaceutical company Sinovac Biotech has achieved better results and lower rates of adverse side effects than any other vaccine trialed in Brazil so far.

CoronaVac has been given to tens of thousands of people under an emergency-use programme China launched in July targeting specific groups of high-infection risks.

CoronaVac is based on traditional vaccine technology that uses inactivated coronavirus that cannot replicate in human cells to trigger an immune response.

Vaccines developed by Pfizer/BioNTech and Moderna use a new technology called synthetic messenger RNA (mRNA) to activate the immune system against the virus. Their vaccines require far colder storage.

Pfizer’s treatment is the first fully tested COVID-19 shot to be administered, with rollout already under way in Britain and the United States.

Turkey’s health minister said Turkey would sign a deal with Pfizer/BioNTech for 4.5 million doses of their vaccine to be delivered by the end of March, with an option to buy a further 30 million doses later.

Turkey “will be able to vaccinate 1.5 million or even two million people per day,” he said, adding that the “first stage” of vaccinations would cover nine million people.

Doctor Iftihar Koksal, an infectious disease and clinical microbiology specialist, said at least 75 per cent of the population would have to be vaccinated to significantly reduce transmission of the virus.

“It’s been shown there are no fatal side effects because it was done to thousands of people around the world,” she said of Sinovac.

The nation of 83 million has officially recorded 19,115 Covid-19 deaths and 2.2 million virus infections.