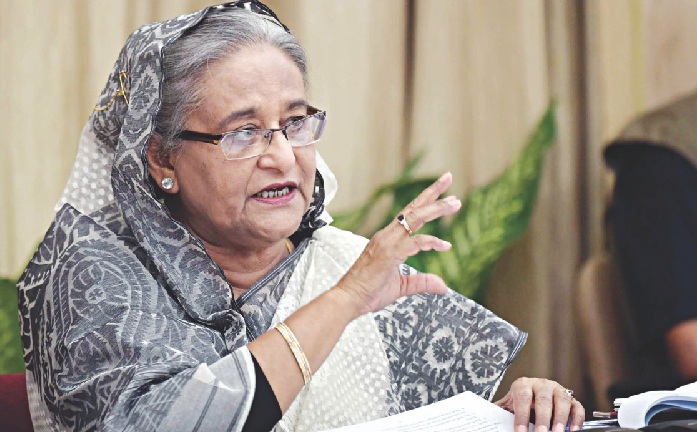 “You should work for the people’s welfare, for changing their fate and thus gaining their confidence and trust,” she said while addressing virtually the oath-taking ceremony of newly elected chairman of Feni Zila Parishad Khairul Bashar Majumder at the Bangladesh Secretariat.

Sheikh Hasina also urged the elected representatives to follow the ideology and principle of Father of the Nation Bangabandhu Sheikh Mujibur Rahman.

She said the government has taken steps to strengthen the local government bodies through decentralization of power.

The premier said the government has amended the laws to make every tier of the local bodies, including the Zila Parishad, Upazila Parishad and Union Parishad, well-organized.

The government has been working with a goal to reach the pace of development to the village level and the doorstep of the common people so they can get the benefits of the independence, she said.

Mentioning that an organization or force is needed for any achievement, she said Father of the Nation Bangabandhu Sheikh Mujibur Rahman had gradually organized Awami League (AL) which made the people united.

The people of the country attained victory through the non-cooperation movement and the armed battle, responding to the call of the Father of the Nation, she added.

“Being a victorious nation, we want to move round the world with our heads high and fulfill the desires of the Father of the Nation,” she said.

The Prime Minister called upon the elected public representatives and others engaged in implementation of government works to work for continuation of the country’s development trend so that Bangladesh could move holding its head high in the world as a developed and prosperous nation.

Sheikh Hasina said after the assassination of Bangabandhu, AL had formed the government after 21 years in 1996 and took massive programmes to ensure food security, economic progress and infrastructural development, and enhanced power generation, development of roads, streets and bridges.

She said when the AL assumed office after 21 years, the people felt that the government serves the people and works for them.

The Prime Minister administered the oath to the newly elected Zila Parishad chairman through a videoconference from her official residence Ganobhaban.