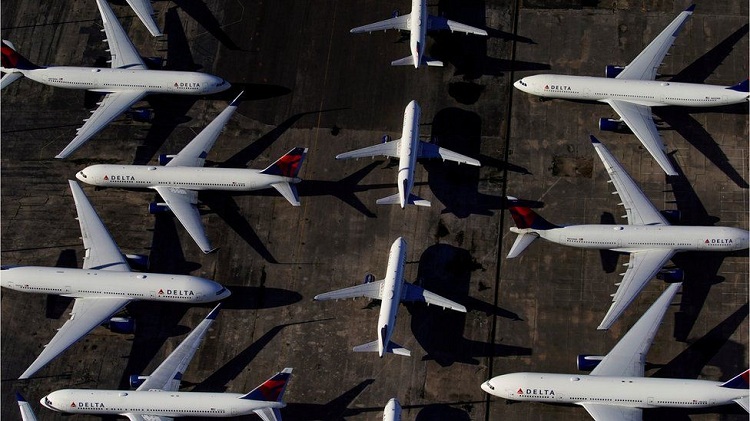 Online Desk ; More people died in commercial plane crashes in 2020, an industry group has said, despite the number of flights plummeting due to the pandemic.
Dutch aviation consultancy To70 found that 299 people were killed in commercial crashes worldwide last year, rising from 257 in 2019.

This is despite a sharp drop in flights due to Covid-19 restrictions.

According to a statement released by To70, the figures include all deaths from large passenger aircraft accidents – including acts of unlawful interference, like the shooting down of aircraft.

Their figures for 2020 include the shooting down of a Ukraine International Airlines flight by Iranian armed forces last January. Iran plans to give $150,000 (£110,000) to the families of each of the 176 people killed – more than half of all those killed in plane crashes last year.

It also includes the deaths of 98 people in May when a Pakistan International Airlines (PIA) flight crashed in the city of Karachi. An initial report blamed “human error” for the accident.

To70 found that the number of accidents fell to 40 from a total of 86 the previous year. Only five of those 40 accidents proved fatal.

But while the consultancy said the fatal accident rate is “similar to the average of the last ten years”, it warned that the lack of flights has had a “significant” impact on the performance of crews, saying that “skill fade is recognised as a critical issue for our industry as we return to normal operations”.

The global aviation industry’s safest year on record was 2017. There were no fatal passenger jet crashes that year, and only two fatal accidents involving regional turboprops that resulted in 13 deaths.