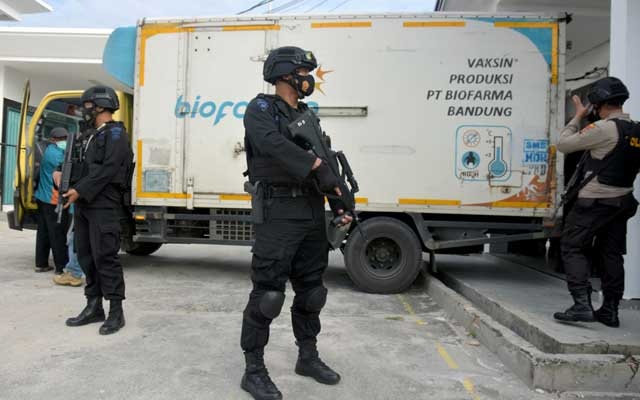 The programme will launch in Jakarta, with President Joko Widodo set to be given the first shot, Budi Gunadi Sadikin said in a statement, while vaccinations in other regions will start in the following two days.

The government has previously said 1.3 million frontline workers are due to be among the first to receive the vaccines made by China’s Sinovac Biotech. Indonesia has received 3 million doses of the Sinovac vaccine, named CoronaVac.

After health workers had been innoculated, regional governors should come forward to be given the vaccine “to generate confidence in the community,” said Budi.

The announcement comes before the country’s food and drug agency (BPOM) has given emergency use approval to allow inoculations to start.

BPOM did not respond to a request for comment, though the agency has previously said it hoped emergency use authorisation would be granted once interim data from clinical trials in Indonesia, Brazil and Turkey was studied.

Sinovac, along with Indonesia’s state-owned drugmaker Bio Farma, is overseeing late-stage clinical trials in the province of West Java.

Early results from CoronaVac late-stage trials showed it was 91.25% effective, while researchers in Brazil have said it was more than 50% effective, though full results were yet to be released at the company’s request.

Minister Budi has said previously that Indonesia must inoculate 181.5 million people, or roughly 67% of the population, to reach herd immunity.

The vaccine will be administered for free across the archipelago, with the rollout expected to take 15 months.

Bio Farma has dispatched more than 760,000 doses of Sinovac’s vaccines to 34 Indonesian provinces as of Tuesday.

Indonesia has also secured over 329 million doses of COVID-19 vaccines, most notably from Pfizer and its partner BioNTech, and AstraZeneca.