Bangladesh will get COVID-19 vaccine from India in time: Hasan 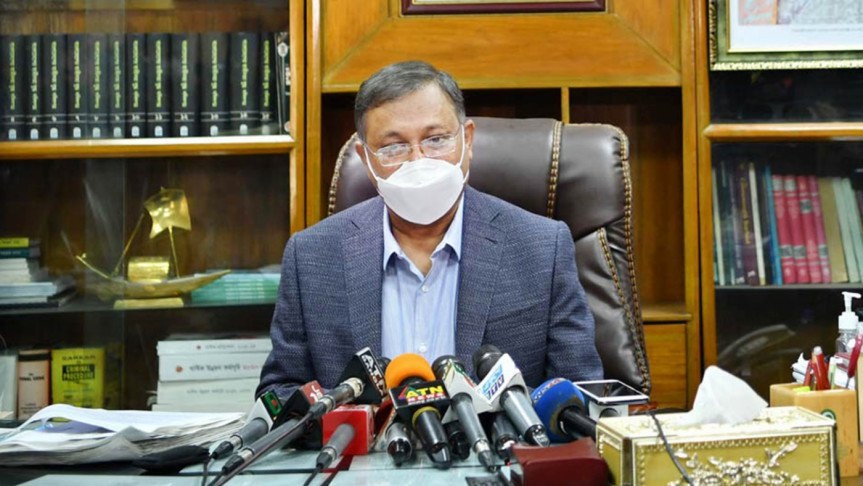 Hasan, also the Awami League joint general secretary, said Serum Institute of India has already issued a statement on the confusion created over the COVID-19 vaccine.

At the same time, he said, the Indian Health Secretary confirmed that Bangladesh would get the vaccine in time as per the agreement.

The information minister said the Indian Ambassador to Bangladesh also confirmed that Bangladesh would receive COVID-19 vaccine in time.

Citing a Bloomberg report, he said Bangladesh’s position in addressing the ongoing coronavirus pandemic is the best in the subcontinent under leadership of Prime Minister Sheikh Hasina.

Hasan said those, who are spreading rumours over COVID-19 vaccine, had spread various rumours against Bangladesh in the past.

After coronavirus was reported in Bangladesh, a quarter predicted that there would be dead bodies on streets and there would be a famine and so on, he said, adding: “But by the grace of Allah, the people of Bangladesh are well.”

Responding to a question about freedom of the press, the information minister said media enjoy optimum freedom in Bangladesh, while media do not get such freedom in many developed countries.

Later, Hasan visited the Rangpur sub-station of Bangladesh Television and the Rangpur Centre of Bangladesh Betar. During his visit, he exchanged views with the officials concerned on the functions and future plans of the two centres.