Anushka dies of profuse bleeding due to rape: Postmortem report 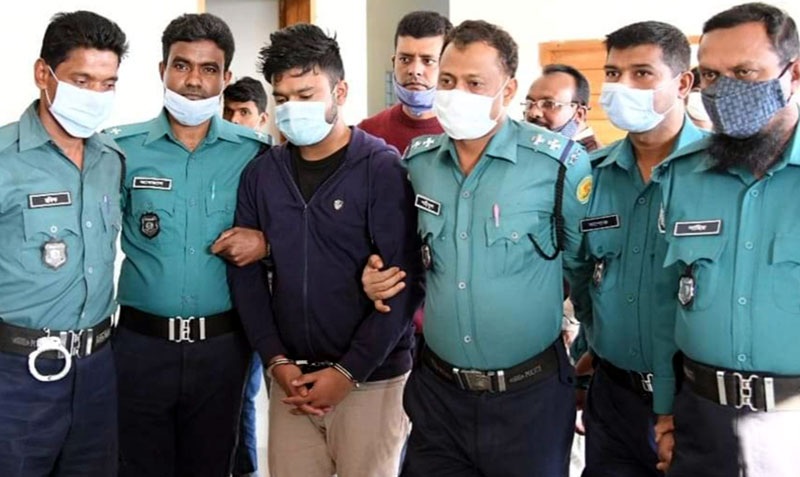 Following the postmortem, Dr Sohel Mahmud, also the Head of the Forensic Medicine Department of the DMCH, said, “They found the evidence of rape. She (Anushka Noor Amin) died of profuse bleeding from injuries in her vagina and rectum. She died of hypovolemic shock due to profuse bleeding.”

Hypovolemic shock is a dangerous condition that happens when someone suddenly lose a lot of blood or fluids from body. This drops his or her blood volume, the amount of blood circulating in his or her body.

Besides, Dr Sohel Mahmud said samples from the body were taken for DNA tests. Samples were also sent for chemical examinations to ascertain whether anything was given to Anushka to make her ‘unconscious before rape.’ “It will be possible to tell about the real causes of death after receiving the reports.”

Earlier, an X-ray of Anushka’s body was conducted to determine her age. Later, the relatives took her body from the hospital morgue. They alleged that Anushka was murdered due to forcible rape.

Anushka was the eldest among her two brothers and one sister. She was an ‘O’ Level candidate at Mastermind School. Her father hailed from village Gopalpur under Sadar upazila in Kushtia district. Her mother Shah Noori is a computer operator at Dhaka South City Corporation, while father Al Amin Ahmed is a businessman at Nawabpur in Dhaka.

The girl was taken to Anwer Khan Modern Hospital on early Thursday afternoon. The hospital authorities said the girl had died before she was brought at the hospital.

Being the plaintiff, the 17-year-old Anushka’s businessman father Md Al Amin filed a case against her boyfriend 18-year-old Fardin Iftekhar Dihan with Kalabagan Police Station on Thursday night. The 18-year-old Dihan is an ‘A’ level student.

Earlier, Dihan was arrested by police. Producing him before the court on Friday afternoon, the investigation officer of the case pleaded to the court to place him on a 10-day remand. As Dihan submitted a confessional statement to the court under Section 164, his remand hearing did not take place. He was later sent to court.

Police said Dihan confessed about his physical relation with Anushka to the court.