Trump, Pence meet ahead of Democratic vote that president is ‘unfit for office’ 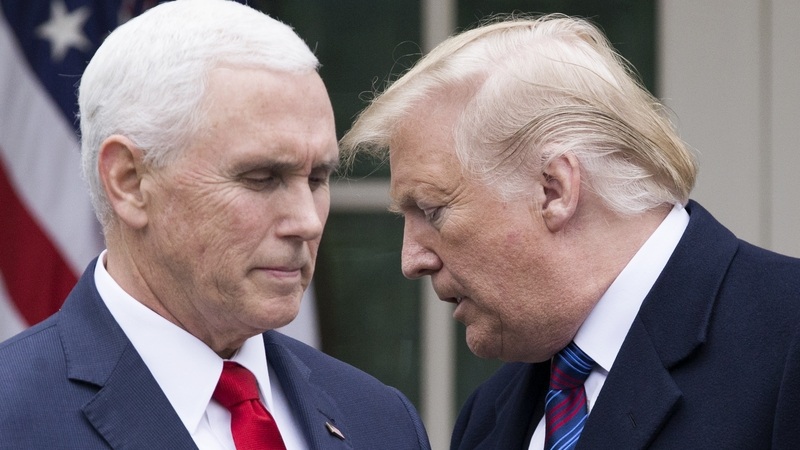 The meeting in the Oval Office, described as “a good conversation” by a senior official, came ahead of a critical 48-hour period when Mr Pence will come under pressure to break from the president and initiate his removal.

The House of Representatives will vote Tuesday, calling for Mr Pence and the cabinet to invoke the US Constitution’s 25th Amendment, which would declare Mr Trump unfit to perform his duties and install Mr Pence as acting president.

Mr Pence’s meeting with Mr Trump appeared to quash any prospects of that outcome.

The two men “reiterated that those who broke the law and stormed the Capitol last week do not represent the America First movement backed by 75 million Americans, and pledged to continue the work on behalf of the country for the remainder of their term,” the official said.

Democrats will follow up Tuesday’s vote with impeachment proceedings.

The move, which threatens to torpedo any hopes of a political future for Mr Trump, could make for a tense culmination of four years of controversy ahead of Joe Biden’s 20 January inauguration.

While Joe Biden’s transition team expressed confidence in the ability to hold a safe inauguration, the FBI warned in an internal memo that armed pro-Trump protesters could seek to disrupt the inauguration.

The bureau, according to ABC News, also received information on a group seeking to “storm” government offices in all 50 states on Inauguration Day.