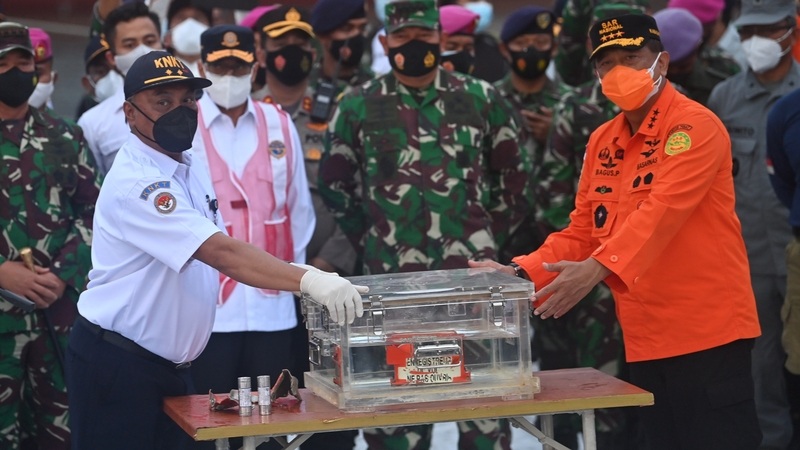 Online Desk : A black box from the crashed Indonesian passenger jet has been recovered, officials said Tuesday, a discovery that could offer critical clues to explaining why the plane with 62 people aboard slammed into the sea.

Divers just off the coast of the capital Jakarta hauled the jet’s flight data recorder to the surface, as the hunt continues for its cockpit voice recorder.

Indonesian transport minister Budi Karya Sumadi told a live television briefing that the box had been found — after the Sriwijaya Air Boeing 737-500 plunged about 10,000 feet (3,000 metres) in less than a minute before slamming into the Java Sea Saturday.

An AFP reporter on a navy ship said investigators started picking up strong signals from an area where they were searching, with divers able to retrieve the box in about an hour from the wreckage-littered seabed.

So far authorities have been unable to explain why the 26-year-old plane crashed just four minutes after takeoff.

Black box data — which record information about the speed, altitude and direction of the plane as well as flight crew conversations — helps explain nearly 90 percent of all crashes, according to aviation experts.

Sumadi added officials believe the cockpit voice recorder is nearby that of flight data recorder.

“We strongly believe it’ll be found soon,” he said.

Some 3,600 personnel are taking part in the recovery effort, assisted by dozens of boats and helicopters flying over small islands off the capital’s coast.

The agency deployed a remotely operated vehicle to assist the divers.