US bans all Xinjiang cotton products, tomatoes over forced labour 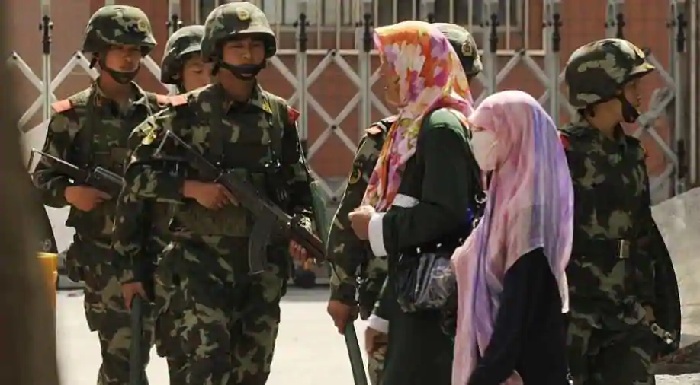 Online desk ; The US will bar entry of all cotton products and tomatoes from China’s Xinjiang region, where it says Beijing is oppressing Muslim-minority Uighurs, reports Bloomberg from Washington.

The move is the latest in a series of actions where the US is raising pressure on China over some companies’ alleged ill-treatment of workers. The US says the Chinese government has detained more than 1 million Uighurs and other ethnic and religious minorities in “re-education” internment camps, allegations that the Foreign Ministry in Beijing denies.

“‘Made in China’ doesn’t just indicate country of origin – it’s a warning label.” The goods to be detained at US ports of entry in the so-called withhold-release order, or WRO, following the CBP investigation include apparel, textiles, tomato seeds, canned tomatoes, and tomato sauce, Acting Customs and Border Protection Commissioner Mark Morgan said. The WRO will also apply to products manufactured in other countries that use cotton and tomatoes from Xinjiang, he said.

The action is a blow for the US clothing industry, given that one-fifth of the world’s cotton comes from the region. The US imported US$9 billion (S$11.9 billion) of cotton products in the past year and US$10 million of tomatoes from China, said Brenda Smith, the executive assistant commissioner in the office of trade at CBP.

In a statement, the American Apparel & Footwear Association, the National Retail Federation, Retail Industry Leaders Association and US Fashion Industry Association asked the CBP to share the evidence and thresholds used to arrive at its findings.

In December, the US-based Centre for Global Policy published a report alleging new evidence from Chinese government documents and media reports of hundreds of thousands of Uighurs in Xinjiang being forced to pick cotton by hand through coercive state-mandated labour.

President-elect Joe Biden has labelled China’s mass detention and re-education programme for Xinjiang’s Uighur minority as “genocide” and called for an international effort to make a united stand against the campaign.