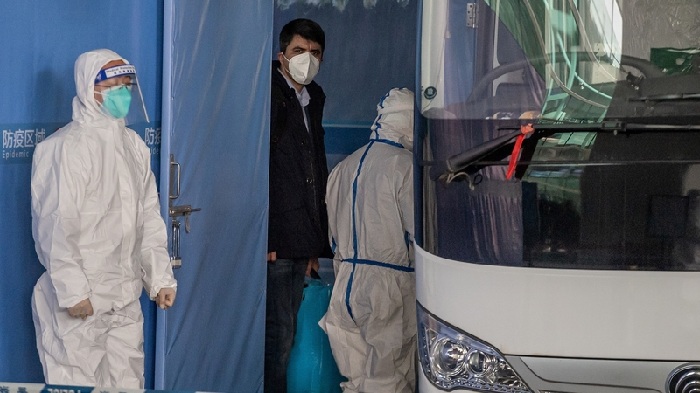 Online desk ; China has recorded its first Covid-19 death in eight months, as experts gathered to discuss worrying new strains of the coronavirus that are spreading rapidly around the globe.

The meeting in Geneva of the World Health Organization’s emergency committee comes as their colleagues landed in Wuhan for a long-delayed mission to find the origins of the virus.

More than 91 million people have been infected, with almost two million of them dying, according to figures widely thought to be an underestimate.

China – where the virus first emerged – has again locked down millions of people as it fights to control a fresh outbreak.

The death comes as a politically sensitive investigation into the origins of the Covid-19 pandemic finally got under way with the arrival of a 13-strong team in Wuhan, where the virus emerged in late 2019.

Mission leader Peter Ben Embarek said the group would start with a two-week quarantine at a hotel before the probe begins in earnest.

But, he warned, it “could be a very long journey before we get a full understanding of what happened”.

Beijing has argued Wuhan might not be where the virus originated, only where it was first identified.

“I don’t think we will have clear answers after this initial mission, but we will be on the way,” Mr Embarek added.

The Wall Street Journal has reported that China denied entry to two members of the WHO team after both tested positive for Covid-19 antibodies.

Chinese officials blocked the pair from boarding their plane to Wuhan after they tested positive for the antibodies in blood-based serology tests during transit in Singapore, the report said, citing people familiar with matter.

The WHO said that all of the team’s members had multiple negative PCR and antibody tests for Covid-19 in their home countries before travelling to China.

It said they were tested again in Singapore and were all negative for PCR, but two members tested positive for IGM antibodies and they stayed in Singapore.

Regardless of the virus’s origins, scientists say large-scale vaccination is the only way to escape its ravages.