Govt working to bring militants back to normal life: Minister 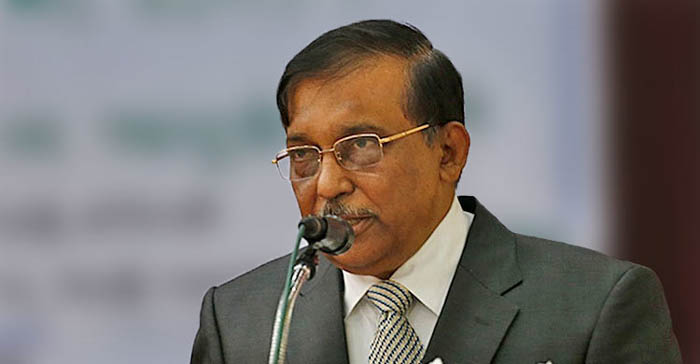 Online desk : Home Minister Asaduzzaman Khan has said the government not only curb militancy with iron hand but also is working to bring them back to normal life through deradicalization.

“Apart from containing militancy, we’re trying to bring those, who went to a wrong path, back to normal life through deradicalization,” he said.

The minister said this in a surrender programme of some militants at the RAB Headquarters on Thursday.

Six of those surrendered before the Home Minister, were members of banned militant outfit JMB while three operatives of Ansar Al Islam.

Mentioning that Bangladesh never gives shelter to militancy, Asaduzzaman said, “The Prime Minister announced zero tolerance. We never said that we have kicked out militancy, rather we say that we have been able to contain it.”

“People in different countries have asked me how we are tackling militancy. I replied them that we have been able to contain militancy as our country people do not support militancy,” the minister added.

“When militancy on the rise, we all had become worried. At that time, people from all walks of life came togethre at the PM’s call,” he said.

“Those who got confused, adopted wrong paths have returned to their parents to bring smile to their faces,” minister Asaduzzaman added.

Thanking RAB for the initiative to bring back the militants to a normal life, he also said that such kind of initiatives to be continued.

He informed that steps have also been taken for their rehabilitation.

Besides, a couple identified as Shaon Muntaha Ibne Shawkat, 34 and Nusrat Ali Juhi, 29 also surrendered before the Home Minister.