Taliban cracks down on ‘costly’ polygamy 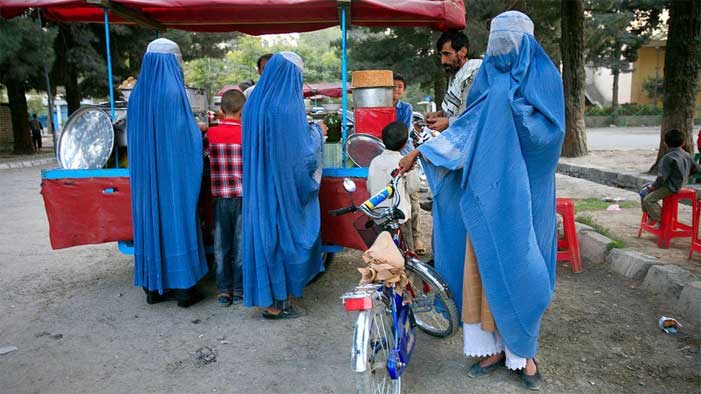 Online desk ; The leader of the Taliban in Afghanistan has issued a decree urging the group’s leaders and commanders to forego taking multiple wives, which he said was inviting “criticism from our enemies”.
Muslim men can be permitted by religion to have up to four wives at a time and polygamy is still legal in Afghanistan, Pakistan and some other predominantly Muslim nations.

But Taliban sources told the BBC the practice was creating increasing demand from commanders for funds to pay a “bride price” – a practice in force in many Pashtun tribes in Afghanistan and Pakistan by which money is given to a woman’s family to secure her hand in marriage.

The decree comes at a sensitive political moment for the Taliban and for the country, as the militant group undertakes talks with the government over the country’s future. Sources said the Taliban leadership was concerned over allegations of corruption against members attempting to raise funds to sustain large or multiple households.

Most of the Taliban’s senior leaders have more than one wife, but the new decree does not apply retroactively to those who are already in multiple marriages.

What does the decree say?

The two-page decree, issued in the name of Afghan Taliban leader Mullah Hibatullah, does not ban second, third, or fourth marriages, but warns that large amounts of money spent on marriage ceremonies can invite criticism from the Taliban’s opponents.

“If all leadership and commanders avoid polygamy, they won’t need to get involved in corrupt and illegal practices,” the decree says.

The decree does provide for exceptions though, endorsing multiple marriages for men who either have no children, have no male child from a previous marriage, who are marrying a widow, or who have family wealth to afford multiple wives.

The decree says that in those circumstances, a man wishing to marry multiple wives should seek permission from his direct superior before arranging another marriage.

Taliban sources told the BBC the letter was being distributed to the rank and file of the movement in Afghanistan and Pakistan.