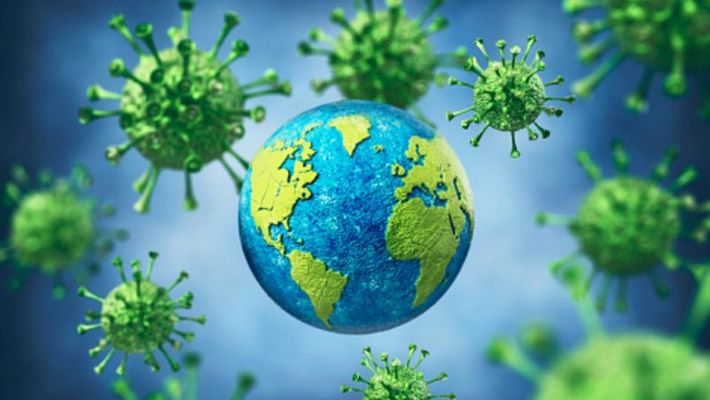 Online desk ; The global death toll from Covid-19 is fast approaching the grim milestone of two million. The total caseload has also surpassed 93 million, according to Johns Hopkins University.
The Covid death toll and caseload stood at 1,991,997 and 93,051,654, respectively, as of Friday morning, as per the latest data released by the US-based university.

On Thursday, New Jersey expanded vaccinations to people between 16 and 65 with certain medical conditions — including up to 2 million smokers, who are more prone to health complications, reports AP.

The U.S., meanwhile, recorded 3,848 deaths on Wednesday, down from an all-time high of 4,327 the day before, according to Johns Hopkins University. The nation’s overall death toll from Covid has topped 385,000.

More than 11.1 million Americans, or over 3% of the U.S. population, have gotten their first shot of the vaccine, a gain of about 800,000 from the day before, the Centers for Disease Control and Prevention said Thursday. The goal of inoculating anywhere between 70% and 85% of the population to achieve herd immunity and conquer the outbreak is still many months away.

Brazil has the world’s second-highest Covid death toll, after the US, and is experiencing a second wave of outbreaks, with cases and deaths on the rise since December.

Bangladesh’s Covid-19 fatalities soared to 7,849 on Thursday, as the health authorities confirmed 16 more deaths and 813 new cases in 24 hours.

The national caseload stands at 525,723, with 470,405 recoveries, according to a handout from the Directorate General of Health Services.

As per the latest data, the daily infection rate has dropped to 4.9 percent.

The overall infection rate stood at 15.38 percent, the DGHS said, noting that 89.48 percent of the patients have recovered till date.

Bangladesh reported its first cases on March 8 and the first death on March 18, reports UNB.