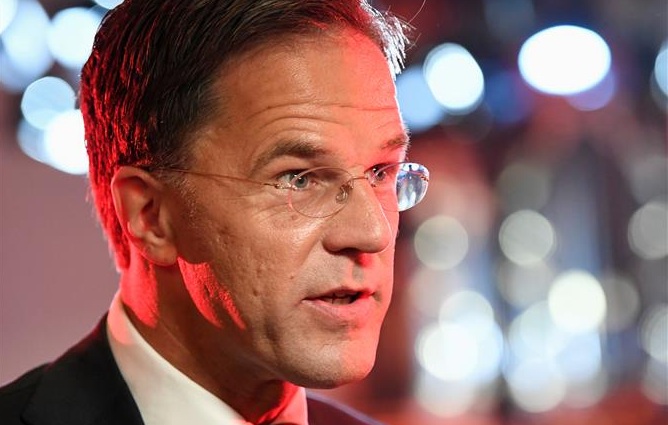 Online desk ; Dutch Prime Minister Mark Rutte and his entire Cabinet resigned on Friday to take political responsibility for a scandal involving investigations into child welfare payments that wrongly labelled thousands of parents as fraudsters, reports AP.
In a nationally televised speech, Rutte said he had informed King Willem-Alexander of his decision and pledged that his government would continue work to compensate affected parents as quickly as possible to battle the coronavirus.

“We are of one mind that if the whole system has failed, we all must take responsibility, and that has led to the conclusion that I have just offered the king, the resignation of the entire Cabinet,” Rutte said.

The move was seen as largely symbolic; Rutte’s government will remain in office in a caretaker mode until a new coalition is formed after a March 17 election in the Netherlands.

The resignation brings to an end a decade in office for Rutte, although his party is expected to win the election, putting him first in line to begin talks to form the next government. If he succeeds in forming a new coalition, Rutte would most likely again become prime minister.

The Netherlands is the third European country thrown into political uncertainty this week in the midst of the coronavirus crisis.

In Estonia, the government resigned over a corruption scandal, while Italian Premier Giuseppe Conte’s governing coalition is at risk of collapse after a small partner party withdrew its support.