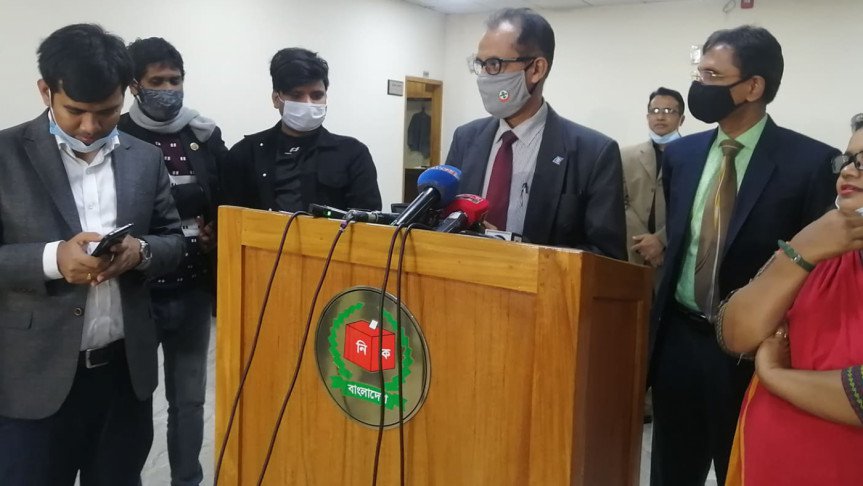 “The election was fair except some isolated incidents. We found that 70 to 85 per cent of the votes were cast in some places,” he told journalists at Nirbachan Bhaban in the city’s Agargaon on Saturday.

He said, “The overall situation in the municipal elections was very good. Voting was peaceful. Your media has shown a lot of voters’ turnout. They voted spontaneously. Conducting a fair election became possible with the cooperation of all including the law enforcing agencies.”

When asked about Commissioner Mahbub Talukder’s allegation that “elections were not participatory”, the EC senior secretary said, “Participatory and neutral elections are different issues.”

“It is the responsibility of the EC to hold impartial elections. If no one comes to the polls, then the Election Commission has nothing to do. Political parties may have a strategy for not coming to the polls.”

Voting in the second phase of elections to 60 municipalities concluded on Saturday amid stray incidents of violence and irregularities.

Balloting started around 8am and continued until 4pm without any break.

Two major political parties-Bangladesh Awami League and BNP participated in most of the election areas.

Electronic Voting Machines (EVMs) were used in 29 municipalities while traditional ballot papers in the remaining areas.