Biden to prioritize legal status for millions of immigrants 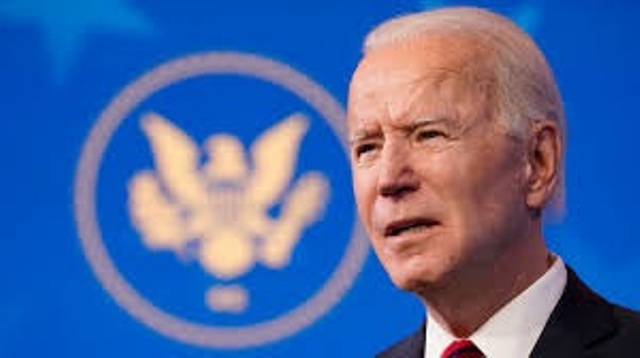 Online desk : President-elect Joe Biden’s decision to immediately ask Congress to offer legal status to an estimated 11 million people in the country has surprised advocates given how the issue has long divided Democrats and Republicans, even within their own parties, reports The Associated Press.
Biden will announce legislation his first day in office to provide a path to citizenship for millions of immigrants in the United States illegally, according to four people briefed on his plans.

The president-elect campaigned on a path to citizenship for the roughly 11 million people in the U.S. illegally, but it was unclear how quickly he would move while wrestling with the coronavirus pandemic, the economy and other priorities. For advocates, memories were fresh of presidential candidate Barack Obama pledging an immigration bill his first year in office, in 2009, but not tackling the issue until his second term.

Biden’s plan is the polar opposite of Donald Trump, whose successful 2016 presidential campaign rested in part on curbing or stopping illegal immigration.

“This really does represent a historic shift from Trump’s anti-immigrant agenda that recognizes that all of the undocumented immigrants that are currently in the United States should be placed on a path to citizenship,” said Marielena Hincapie, executive director of the National Immigration Law Center, who was briefed on the bill.

If successful, the legislation would be the biggest move toward granting status to people in the country illegally since President Ronald Reagan bestowed amnesty on nearly 3 million people in 1986. Legislative efforts to overhaul immigration policy failed in 2007 and 2013.

Ron Klain, Biden’s incoming chief of staff, said Saturday that Biden will send an immigration bill to Congress “on his first day in office.” He didn’t elaborate and Biden’s office declined to comment on specifics.

Advocates were briefed in recent days on the bill’s broad outlines by Esther Olivarria, deputy director for immigration on the White House Domestic Policy Council.