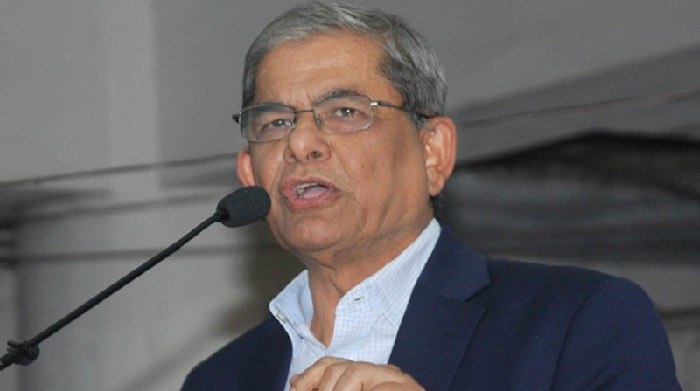 Online desk ; Blaming the ruling Awami League for, what he said, resorting to violent terror, as their political ideology, BNP secretary general Mirza Fakhrul Islam Alamgir has said they have been suppressing the opposition parties and strangle their voices in a bloody way.

“The brutal and demonic attack of Awami League terrorists on Tariqul Islam Khan, councillor-elect of the Sirajganj Sadar Municipality, proved once again that the government wants to cling to power by shedding blood,” he said in a statement on Sunday, protesting the murder of its party-backed candidate Md. Tariqul Islam Khan.

Tariqul Islam was unofficially elected as councillor in Sirajganj sadar municipal election on Saturday and was murdered by his rival group when he brought out a victory procession on Saturday evening.

Expressing deep concerned over the death of Tariqul, Fakhrul further said, “Fair elections, tolerance, conscience, compassion and kindness are not in the laws of Awami League. The state has turned into an inhuman face in the ongoing mega festival of killings and atrocities in the country.”

The BNP secretary general said the government has turned the country to a death valley.

“Justice has been diminished from the country. The assassins are being encouraged as they don’t face justice after killing their opponents.”