Govt feels necessity to set up a diplomatic zone in Purbachal: FM 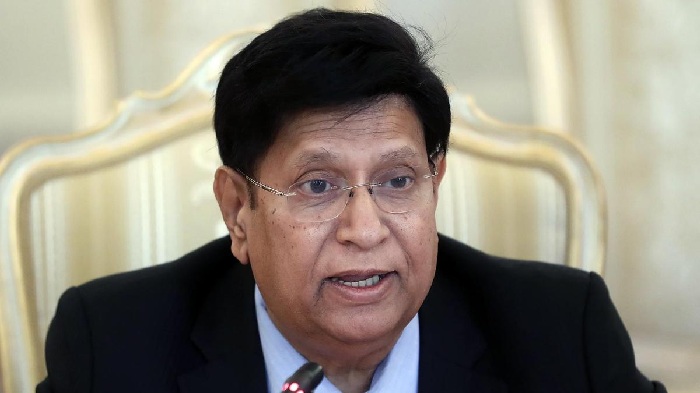 Online desk : Foreign Minister AK Abdul Momen on Thursday said it may be necessary to set up a diplomatic zone in Purbachal due to land crisis in Gulshan and Baridhara areas.
He made the remarks while replying to a question from Mozaffar Hossain, MP (Jamalpur-5) in Parliament.

Momen said the application for plots by 10 foreign missions is currently under process at the Foreign Ministry. “Especially, Brazil, Sri Lanka, Oman, Kuwait, Myanmar and Afghanistan have been making requests in this regard since the opening of their missions.”

Besides, he said, they got an indication that among the 50 diplomatic missions in Dhaka which are not using their allotted or self-purchased lands may show interest to get plots.

The minister said the Dhaka city is witnessing rapid expansion as various development activities are underway in the capital city.

“It’s very difficult to manage sufficient land in the Gulshan and Baridhara diplomatic zones of Dhaka against the new demand for setting up embassies. Under the circumstances, it may be necessary to establish a diplomatic zone in Purbachal to set up foreign missions,” he observed.

Responding to another question from Shahiduzzaman Sarker, MP (Naogaon-2), Abdul Momen said the Hungarian government has sought the consent of the Bangladesh government to set up a consular office in Dhaka.

He said Hungary’s application is being processed while talks are underway to set up an embassy of South African in Bangladesh.