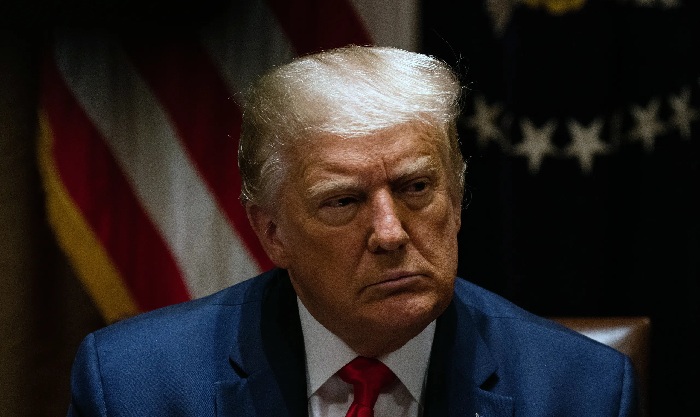 Online desk ; Donald Trump is returning to a family business ravaged by pandemic shutdowns and restrictions, with revenue plunging more than 40 per cent at his Doral golf property, his Washington hotel and both his Scottish resorts over the past year, reports The Associated Press.
Trump’s 2020 financial disclosure released as he left office this week was just the latest bad news for his financial empire after banks, real estate brokerages and golf organizations announced they were cutting ties with his company following the storming of the Capitol this month by his political supporters.

The disclosure showed sizable debt facing the company of more than $300 million, much of it coming due in the next four years, and a major bright spot: Revenue at his Mar-a-Lago resort in Palm Beach, Florida, his new post-presidency home, rose by a few million dollars.

Eric Trump, who with Donald Trump Jr. has run the Trump Organization the past four years, told The Associated Press in an interview Thursday that the disclosure doesn’t tell the whole story, calling the debt “negligible” and the outlook for the company bright, especially at its golf resorts and courses.

“The golf business has never been stronger. We took in hundreds and hundreds of new members,” he said, adding that profits were in the “tens of millions.”

Hinting at possible new ventures in the post-presidency era, Eric Trump raised the prospect of a flurry of new licensing deals in which the Trump name is put on a product or building for a fee, a business that has generated tens of millions for the company in the past.

“The opportunities are endless,” he said, declining to give details.