Melania and Trump ‘slept in separate rooms’ in White House 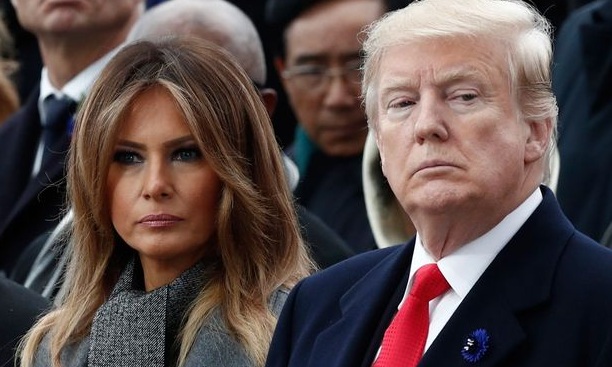 Online desk ; Donald and Melania Trump have marked their 16th wedding anniversary amid speculation the former first lady could file for divorce.
The couple had plenty of frosty and awkward moments during their time in the White House, and it has been claimed they had a “transactional” marriage and slept in separate bedrooms, reports mirror.co.uk.

A former White House aide claims the now former first lady was “counting every minute” until the end of twice-divorced Donald’s presidency so she could leave him.

A top lawyer in New York has told the Mirror that Melania could get up to $50 million and custody of the couple’s 14-year-old son Barron if she divorces the disgraced property tycoon.

And bookmakers are taking bets on whether former fashion model Melania, 50, will file for divorce after leaving Washington as Joe Biden was sworn in as America’s 46th president on Wednesday.

Sources told CNN last week that Melania slept in a large bedroom suite normally reserved for the president and their spouse.

“Donald Trump slept in his own bedroom, which was previously a study or den during other administrations,” the source added.

Stephanie Winston Wolkoff, a former close friend and confidant of the ex-first lady, and author of the book Melania and Me, claimed the Trumps had separate bedrooms in the White House and “a transactional marriage”.

She told the BBC in September last year: “Melania was a young model, she was striving, she didn’t have the success yet. She met Donald, she married, she had a son, she became an American citizen and 10 years after that, she is the first lady of the United States.”

The couple’s friends told the Washington Post in 2018 that the Trumps had separate daily routines.

Donald, now 74, would get out of bed at about 5.30am to begin watching cable TV news shows and tweeting.

Melania, who was born in Slovenia and is the former president’s third wife, would wake up in her own bedroom a bit later and then get Barron ready for school.

In her 2018 book Unhinged, former Trump aide and The Apprentice contestant Omarosa Manigault-Newman claimed Melania was eager to divorce the president.

She wrote: “In my opinion, Melania is counting every minute until he is out of office and she can divorce him.”