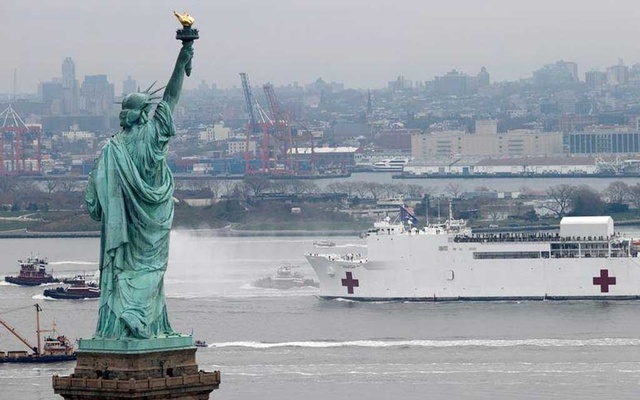 Online desk ; The United States has now recorded 25 million coronavirus cases, reaching the threshold Saturday afternoon, according to a New York Times database.
Experts say that as staggering as that figure is, it significantly understates the true number of people in the country who have been infected and the scope of the nation’s failure to contain the spread of the virus.

The official tally works out to about one in every 13 people in the country, or about 7.6% of the population.

“Twenty-five million cases is an incredible scale of tragedy,” said Caitlin Rivers, a researcher at the Johns Hopkins Bloomberg School of Public Health, who called the coronavirus pandemic one of the worst public health crises in history.

As a result, deaths in the country have also inexorably risen, with more than 414,000 linked to the virus. That’s one death out of roughly every 800 people in the country.

Starting with the first reported case in the country last January, it took the United States more than nine months to reach 10 million cases. That milestone was passed on Nov 8, just before a holiday surge that accelerated the rate of new infections and brought weeks of record-shattering hospitalisations and deaths. By the last day of 2020, the country had added another 10 million cases in just seven weeks.

Getting to 25 million took about three more weeks, after a surge that peaked at more than 300,000 recorded daily cases before retreating a bit in early January. Hospitalisations peaked around then and have since fallen: the latest figure of 116,264 COVID-19 patients is the lowest since Dec 21, according to the COVID Tracking Project.

Experts now fear that any signs of progress could be undone by the emergence of new variants that appear to be more contagious. The Centers for Disease Control and Prevention recently warned that a virus variant first detected in Britain could become the dominant source of infection in the United States by March, and would very likely lead to further surges in cases and deaths. The warning only added to the urgency of speeding up the country’s lagging vaccination rollout.

In addition, the more viruses spread, the more opportunities they have to mutate. And as it becomes more difficult for the pathogen to survive — whether because of vaccinations or growing natural immunity — mutations that enable the virus to spread more easily or to escape detection by the immune system could multiply.

Experts say the true number of infections is probably much higher than the official tallies. Even with much more widespread testing now than in the pandemic’s early months, they say, many people who have never experienced symptoms may not have been tested or counted.

Ira Longini, a professor of biostatistics at the University of Florida, estimates that about 20% of Americans have had the virus — more than twice the number that is reported. Statistical modelling that he recently completed for Florida suggests that one-third of the state’s population has been infected at some point, quadruple the reported share.

It would take a coordinated nationwide serology study program to move beyond modelling estimates and have a solid grasp of how many people have actually had the virus, he said. The CDC conducts some serology testing, he said, but not enough to provide a full picture.

“The bottom line is, we don’t know, but we can guess from modelling,” Longini said.

The proportion can vary widely from place to place. In Dewey County, South Dakota, almost one in four residents has tested positive, but in San Juan County, Washington, only one in 200 has.

Many of the American metropolitan areas with the most reported cases relative to their populations are in the South or Southwest, where the virus has been spreading fast lately, but some are in areas like the Great Plains that were worse off in the fall. The top five are Yuma, Arizona; Gallup, New Mexico; Bismarck, North Dakota; and Lubbock and Eagle Pass, Texas.

The metro areas with the greatest number of new cases per capita in the past two weeks reflect the same trend, and also note the virulence of the outbreak in California. Those areas are Laredo and Eagle Pass, Texas; Inland Empire, California; Jefferson, Georgia; and Oxnard, California.

More than 1 million people are known to have tested positive in Los Angeles County, one of the nation’s hot spots over the past few months. And George Rutherford, a professor of epidemiology and biostatistics at the University of California, San Francisco, estimated that the true number of infections there is double that figure, or one out of every five Angelenos.

“It’s not enough for herd immunity, but it’s enough to blunt the curve,” he said.