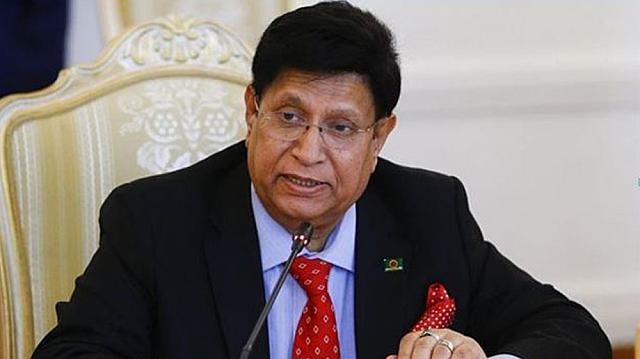 Online Desk ; Foreign Minister Dr AK Abdul Momen on Tuesday expressed the hope that the new US administration of President Biden would take the issue of deporting Bangabandhu’s convicted killer Rashed Chowdhury ‘seriously’ as it could be a ‘game changer’ in the Bangladesh-US partnership.

“I believe that the new US administration should look into this (deportation of Rashed) matter seriously. In fact, this could be a game changer in the Bangladesh-US partnership,” he said.

The Foreign Minister was speaking as the chief gust at a webinar titled “Bangladesh-US Relations: Opportunities and Challenges” organized by Bangladesh Enterprise Institute (BEI).

Dr Momen expected that the US will deport Father of the Nation Bangabandhu Sheikh Mujibur Rahman’s convicted fugitive killer Rashed Chowdhury, who is now residing in the US with fake immigration papers, in light of shared spirit of establishing justice and rule of law.

Saying that the issue of deportation of the killer has remained pending at the US side for more than a decade, the minister mentioned that Dhaka requested the US government to speed up the return of Rashed Chowdhury to Bangladesh to face justice.

The government had traced out that two of Bangabandhu’s remaining five convicted furtive killers, Rashed Chowdhury and Noor Chowdhury, are now residing in the USA and Canada respectively.

After knowing the whereabouts of the killers, the Foreign Ministry and the Law Ministry have been deeply engaged with the US and the Canadian authorities to bring back these two absconding murderers.

Earlier, the Foreign Minister said Prime Minister Sheikh Hasina had written letters to her counterparts in those countries to extradite the killers back.

Meanwhile, on April last, sacked military Captain Abdul Mazed, one of the Bangabandhu’s fugitive killers, was arrested and hanged at Dhaka Central Jail in Keraniganj.

Mazed was on the run for nearly two and a half decades to evade justice and after his arrest, he said he had been hiding in India’s West Bengal for the past 23 years and returned to Bangladesh in March last year.

Twelve ex-military officers were sentenced to death for the August 15, 1975 killing of Bangabandhu Sheikh Mujibur Rahman along with most of his family members and five of them were executed while one died a natural death.

Farooq Rahman, Shahriar Rashid Khan and Mohiuddin Ahmed of artillery faced the trial in the judge court, while Huda was extradited from Thailand and another Mohiuddin known as lancer Mohiuddin was sent back from the United States after the then district judge Golam Rasul delivered the judgment.